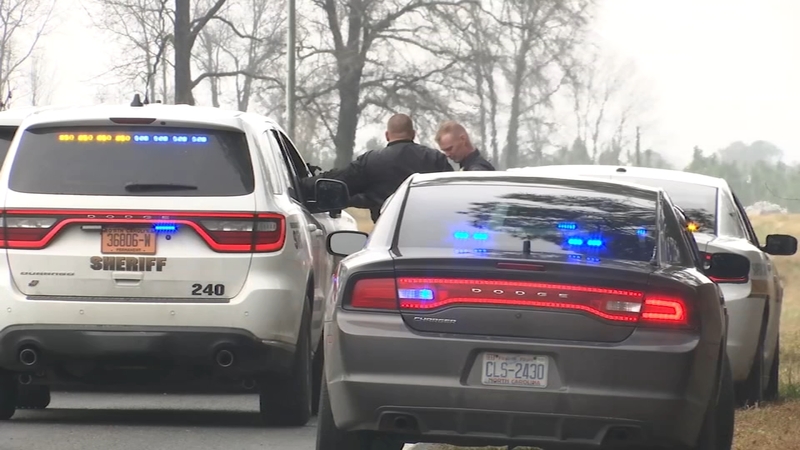 SAMPSON COUNTY, N.C. (WTVD) -- A 10-year-old girl who was the subject of an Amber Alert issued on Tuesday has been found safe.

Breanne Marie Jones and her father, the suspect in the case, were found after witnesses reported seeing them run into the woods.

That tip led police to a massive search.

Breanne and her father Jonathan Lewis Jones were found a short time later.

Jonathan Lewis Jones was accused of abducting the 10-year-old, along with Christina Renee Edge.

They were both taken into custody Tuesday around 5:30 p.m.

Sheriff Jimmy Thornton told ABC11 this was the first Amber Alert they've dealt with in a long time.

"It's encouraging that, in less than 24 hours, we were able to locate the two suspects and the child," said Thornton.

Once the child was safely recovered, EMS arrived on the scene to make sure Breanne was in good shape.

Thornton said it was a collective effort to make sure she was safe, "I'm just relieved we found the child. That was our number one priority, and it ended successful."
Report a correction or typo
Related topics:
sampson countyncamber alert
Copyright © 2021 WTVD-TV. All Rights Reserved.
More Videos
From CNN Newsource affiliates
TOP STORIES