'I was supposed to grow old with him': Widow of UPS driver killed in downtown Raleigh speaks out 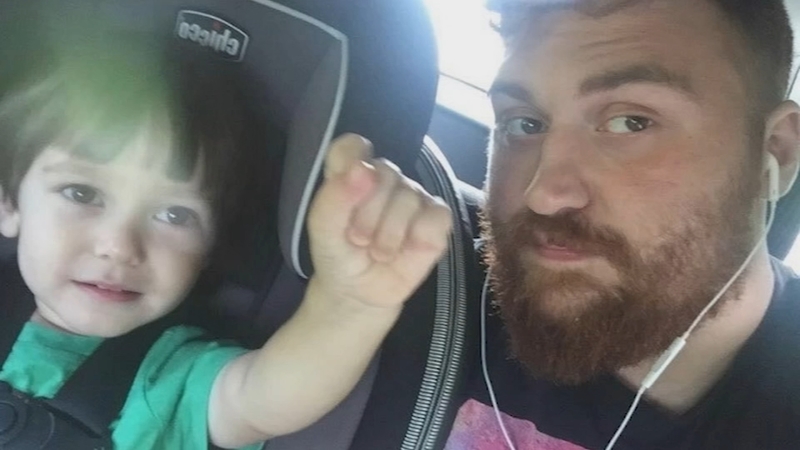 Widow of UPS driver killed in downtown Raleigh speaks out

RALEIGH, N.C. (WTVD) -- The shooting of Dylan Wall is impossible for anyone to understand.

It's difficult for his widow, Jocelyn, but it's even harder for Wall's 5-year-old son, Aiden.

"He's just having a hard time; he grieves differently from the rest of us," she said Monday. "They told us to be honest with Aiden: to tell him what happened, obviously be gentle about it and not what happened."

The couple met in August 2019 and married just a few months after that.

“He was the light of my life. It’s hard living in a world where he was taken away from my son in such a way.”
So hard to sit with Jocelyn Wall tonight. Her husband Dylan is the @UPS driver shot & killed in @RaleighGov last week #abc11 pic.twitter.com/ZoFfE2MfYa

Now, instead of starting their life together, she's making funeral arrangements.

Dylan, a UPS driver, was shot and killed last week while he was out making deliveries on South East Street in downtown Raleigh.

He remains in jail with no bond. The motive is still a mystery.

This is Dylan and his 5 year old son Aiden.
His widow told me: “Oh my gosh, Aiden was the love of his life. He would always tell me Aiden is perfect. He’s perfect”
😢 #abc11 pic.twitter.com/IgDUqywKDy

And a young widow and the rest of Wall's family are left wondering why.

"I was supposed to grow old with him," Jocelyn said. "We were supposed to see his son go to kindergarten. He was the light of my life. It's hard living in a world where he was taken away."

This is Aidan, Dylan and Jocelyn as one big family.
Jocelyn tells me Dylan was just covering this @UPS route in Downtown @RaleighGov for one week due to someone else on vacation. The motive is still unclear.
“No one expected this. It shouldn’t have happened” #abc11 pic.twitter.com/0LzF0pD1KU

She said this wasn't Wall's normal route. He was filling in this week but wanted to do it full-time.

"No one expected this, not him, not the people on vacation this week who said, 'Oh we'll put Dylan on,' they didn't expect it, no one expected it," she said.

She said she doesn't have a particular message for the person who killed her husband -- just that they took a "wonderful, hardworking and loving man away from his family."
Report a correction or typo
Related topics:
societyraleighmurderfatal shootinghomicidegun violencefamilydriver killedman killedups
Copyright © 2021 WTVD-TV. All Rights Reserved.
More Videos
From CNN Newsource affiliates
TOP STORIES