The origin of Cinco de Mayo Celebrations in the U.S. according to a UCLA scholar 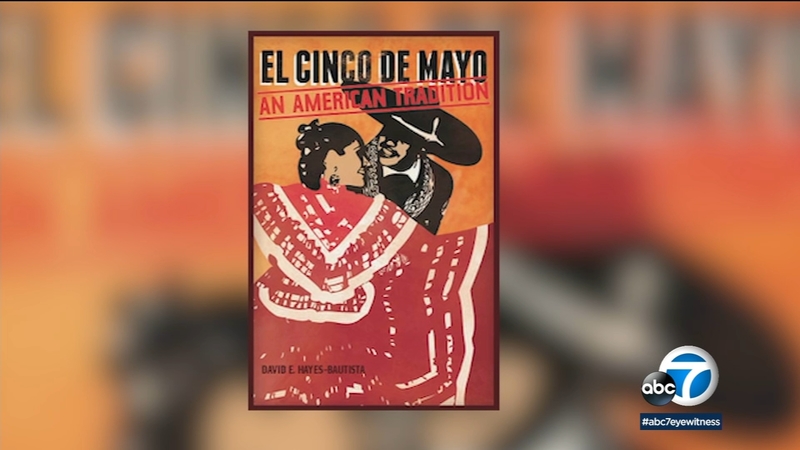 Cinco De Mayo: Dispelling the myths around the holiday

Dr. David Hayes-Bautista is a proud native of California, a demographer epidemiologist focusing on Latino health. He is a distinguished professor of medicine and the director of the Center for the Study of Latino Health and Culture at UCLA. In 2012, he wrote "El Cinco de Mayo: an American Tradition." He admits, before 2010 his own knowledge and observance of the holiday was different. He recalls how he celebrated as a college student at UC Berkeley.

"How did we celebrate Cinco de Mayo in 1971? We had a salsa concert with Ray Barreto...what did we know?" said Dr. Hayes-Bautista.

A common misconception is that Cinco de Mayo is Mexican Independence Day. It's not. On May 5, 1862, Mexico defeated the French at Puebla.

Hayes-Bautista knew that, and he describes how he sort of stumbled upon records that offered a bigger picture.

"To get information particularly about demographics because I needed to understand the population, I was reading Spanish-language newspapers published in California," he said. "I was looking for notices of births, marriages and deaths, which are your primary data variables to look at."

The stories in the Spanish-language newspapers began leaping from the pages.

"As I was looking for these notices, I wound up reading the entire gold rush in Spanish and I read the entire history of race and slavery during 1850, the Dred Scott decision, for example, John Brown marching on Harper's Ferry, in Spanish. This is what Latinos here in Los Angeles knew about what was going on in the United States," he said.

Then, he read about the French approaching Mexico City.

"Napoleon III already had an emperor selected, that would be Maximilian of Austria. They were going to set up a monarchy in Mexico and then the monarchy could become an ally with the slave states during the American Civil War. This of course, alarmed Latinos here in California," said Hayes-Bautista. "California, as part of Mexico had been free territory since 1810." Dr. Hayes-Bautista then reads the news of Mexico's victory. "Three weeks later, on May 22, news arrived of what happened on May the 5th: the French didn't make it to Mexico City. They were stopped. Dead, roundly defeated at the Battle of Puebla," he said, adding the triumph holds significance against the backdrop of the American Civil War. "You had Latinos from California, Californios, who went to Mexico and fought with Juarez's army, and you had Latinos here who joined the US Army," he said.

"Latinos basically repurposed that news here to show the world where they stood on the issues of the American Civil War. They immediately filed out to the streets, they held huge parades to let the world know that Latinos oppose slavery, supported freedom, opposed white supremacy, supported racial equality, opposed elitist plantation rule, supported government of the people, by the people and for the people," he said. "Every year, Latinos would use the Cinco de Mayo and their demonstrations or marches, their speeches, their gatherings, to let the world know, here's where we stand on these issues."

Hayes-Bautista had started avoiding Cinco de Mayo celebrations, due to those who commercialized it. But that changed after his research.

"I got very emotional; I was actually... my heart was rising, I had a lump in my throat reading," he recalled. "This is their words, and this is what Latinos here knew, and this is why they begin to celebrate the Cinco de Mayo."

He says the true origin died along with those who first celebrated Cinco de Mayo in 1862, changing over the years. Then there was a period of new immigration in the early 20th century.

"They never got the full story, but they got the idea that you do something. That's when they put in the mariachi music instead of the old Californio music. They put in the dancing 'adelitas' instead of the civil war iconography because that's what they were familiar with," he said. "Many historians not knowing the full history actually say that Mexican immigrants brought Cinco de Mayo during that period 1910-1930. But no, they found it here. And I can document that," said Hayes-Bautista. It's a story he shares with sincere passion and great detail with anyone who will listen.

"Now I know. It was about human rights in its origin. And I'm just asking people to remember that," he said. "Bring it back to its origin because we are still fighting those same battles - 150 years later, the American Civil War is not over. And just as we played a fundamental part in the original American Civil War in the 1860s, we are going to play a fundamental part in finally resolving those issues about race, citizenship, and participation in American society."
Report a correction or typo
Related topics:
community & eventscinco de mayoholidayrace and culture
Copyright © 2021 WTVD-TV. All Rights Reserved.
TOP STORIES
LATEST: Number of new cases declines for 3rd-straight day
NCCU gives update after deadly double shooting on campus
Fayetteville homicides up 30% compared to last year, police say
Authorities swarm Laundrie family home in Gabby Petito case
Biden easing foreign travel restrictions, requiring vaccines
Pfizer says COVID vaccine safe, effective for kids 5-11
Show More
Expectant mom on life support survives COVID with pregnancy intact
Woman tells GMA she picked up Brian Laundrie as hitchhiker
Harvest Moon to rise tonight, 2 nights before equinox
More Clouds, Scattered Showers Tomorrow
Samuel Adams' new beer is so strong it's illegal in North Carolina
More TOP STORIES News