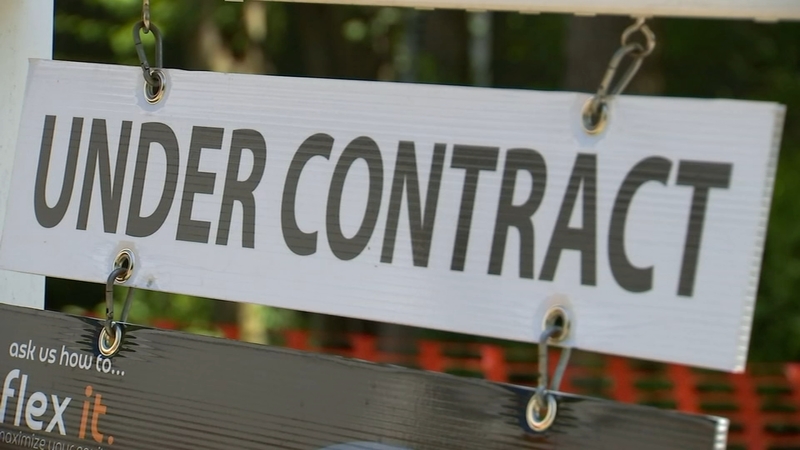 RALEIGH (WTVD) -- A new Zillow report for the Raleigh metro area shows that inventory is down nearly 55 percent in the last year, forcing some people to change their game plan.

"We were having to put in offers above asking and weren't successful," said buyer Brandi Walker.

Walker gave up on trying to find a home in the booming market of Raleigh, deciding instead to purchase land and build -- it means she'll have a wait a little longer getting into a new space.

"It's okay, in the end, because we're getting everything that we want," said Walker.

"I've been in the business 24 years. I've never ever seen it like this. It's crazy," said realtor Stewart Corchiani.

The local realtor says homes are getting scooped up before hitting the market. Just listing a place as "coming soon" is garnering multiple offers and they're coming in well over asking price.

"I just did a deal where we had to go $75,000 over ask and this was a $350,000 house," said Corchiani.
A few years back, buyers would send something similar to a cover letter called a "love letter." It would tell a seller a bit about yourself and what it would mean to get into that home.

Pulling on the heartstrings used to work; Now, it's just all about the purse strings.

"Agents are saying no more letters, that's it. Give us your highest and best," said Corchiani.

She is offering advice to anyone in the market trying to purchase by saying "cash is king."

"If there's a way you can borrow against other assets and pay cash," said Corchiani.