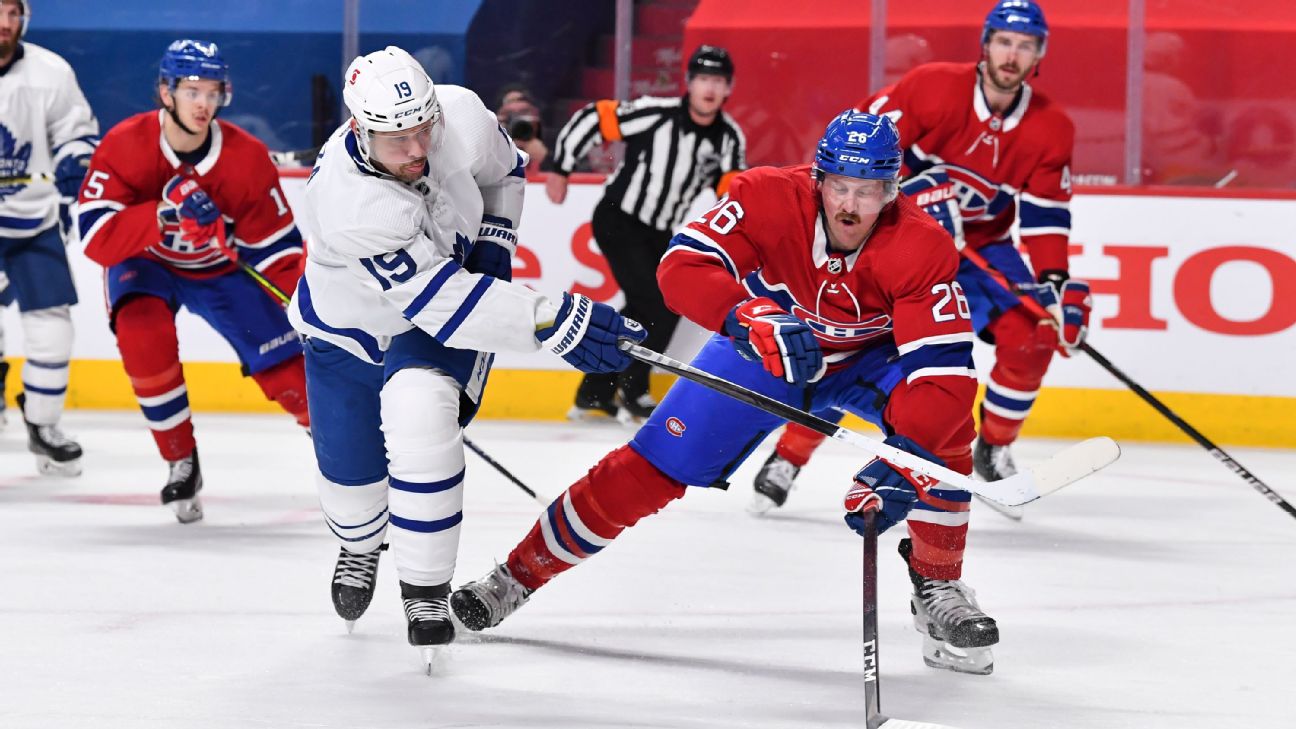 It doesn't get much juicer than this: a Game 7 between two Original Six franchises, and the first such matchup between two Canadian teams in 17 years. The Toronto Maple Leafs are looking to exorcise past playoff demons. And to do it, they'll have to get past a red-hot Carey Price and the opportunistic Montreal Canadiens.

Meanwhile, two second-round series kicked off Sunday, and the Colorado Avalanche look like they may never lose again.

It all comes down to this. The Leafs had full control of this series 3-1, but they squandered the past two opportunities to close it out. Sound familiar? Since 2013, the Leafs have lost seven straight games with the ability to clinch a playoff series. Auston Matthews and Mitchell Marner have been stifled offensively. Coach Sheldon Keefe is keeping his team on a narrow focus: "I don't think pressure is an issue here. I think it's just a matter of playing a hockey game where we've got to elevate our play. We're not focused on any of the other things that, frankly, are irrelevant in this moment for our team."

Playing in front of a near-capacity crowd in Boston for Game 1, the Bruins put on a show. David Pastrnak has found his scoring touch, scoring a hat trick, as the "Perfection Line" tormented New York's typically stingy defensive structure. Islanders coach Barry Trotz hasn't committed to whether he'll stick with rookie Ilya Sorokin in Game 1, or turn back to veteran Semyon Varlamov. Sorokin gave up four goals on 39 shots in the loss, but his coach gave him a decent endorsement after: "I can't blame him on anything, really," Trotz said. "I was happy with his game." An injury to monitor is that of Bruins second-liner Craig Smith, who suffered an unspecified injury late in Game 1. It's unclear if he'll be available.

The Hurricanes earned home-ice advantage after winning the ultra competitive Central Division, and PNC Arena was rocking for this one. They were generating a decent amount of pressure on Tampa Bay in Game 1 but had a hard time getting anything past goalie Andrei Vasilevskiy. Barclay Goodrow scored the go-ahead goal with about seven minutes remaining in the third period. Some bad news for Carolina: Forward Nino Niederreiter is "very, very doubtful" to return in this series, per coach Rod Brind'Amour. Tampa Bay defenseman David Savard was also out for Game 1 (he's day-to-day, per coach Jon Cooper) while Erik Cernak, who left the game leaving the Lightning with just five defensemen, should be OK. Full recap.

The Avalanche wrapped up their first-round series against the Blues so quickly, they had a full week of rest before this series. They sure looked fresh. Colorado stormed to a 2-0 lead in the first period, then scored four second-period goals to put this well out of question. The top line, led by Nathan MacKinnon, was fantastic. So too was Cale Makar, who assisted on the first three Avs goals. Meanwhile, Vegas coach Peter DeBoer opted for Robin Lehner in net over Marc-Andre Fleury, the latter of whom started every game in Round 1, and it didn't go so well. Lehner was totally hung out to dry, and was roasted for seven goals on 37 shots. "The game tonight wasn't about Robin Lehner," coach Peter DeBoer said. "We didn't play well enough in front of him. Full recap.

Despite what may seem like a professional rivalry to outside observers, Fleury and Lehner continue to maintain a strong relationship:

The Colorado star is peaking at the right time. He leads all skaters this postseason with eight playoff goals. Nobody else has more than five.

Makar posted first career four-point playoff game. It was a goal and three assists, and some of them were absolute beauties.

The 26-year-old continues to be a level above his peers as the best goaltender in the NHL. Vasilevskiy stopped 37 of 38 shots (.974 save percentage) to become the difference maker for Tampa in the Game 1 win.

Pump-up of the day

The Canes increased their crowd capacity to 16,000-plus for the second round -- and they got everyone riled up with legendary emergency backup goalie David Ayres sounding the siren.

Mindset of the day

Longtime Columbus Blue Jackets captain Nick Foligno joined the Maple Leafs at this year's trade deadline. He knows past playoff failures weigh on Toronto and its fans, but he sounded unburdened. Here's how Foligno sees the Leafs approaching Monday's game:

"Don't worry about what the fans are saying. It doesn't matter. This happens for a reason. Sometimes this is what catapults you. It's hard for the fan base to hear right now, but we're going to come and have the mindset that we're going to win a hockey game." 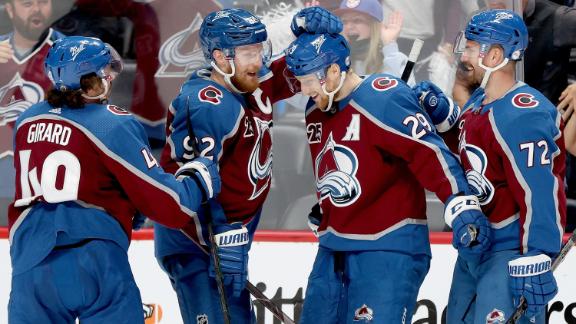 Avalanche crush Golden Knights 7-1 in Game 1
Nathan MacKinnon and Gabriel Landeskog both produce two goals and an assist as Colorado puts on a show in Game 1. 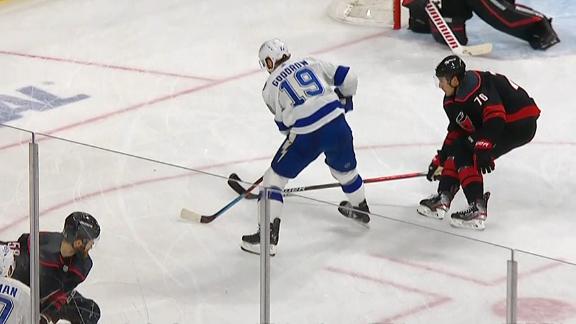