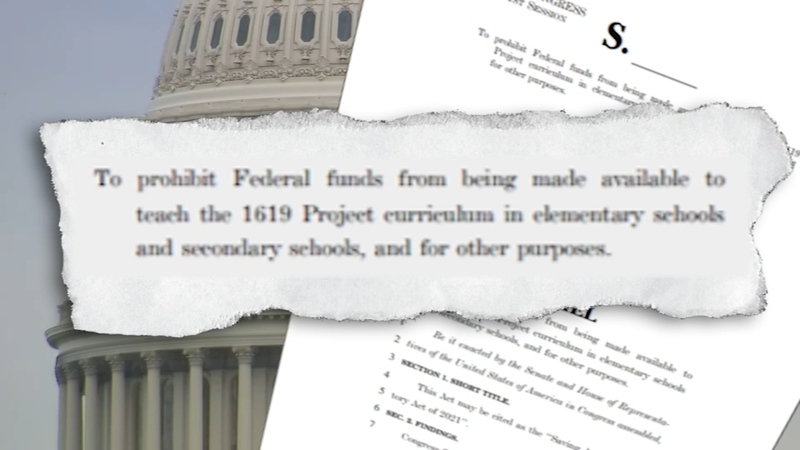 One of those at the forefront of that effort is Senator Thom Tillis, who has co-sponsored a bill to defund any K-12 schools teaching The 1619 Project curriculum.

I co-sponsored legislation that would prohibit the use of federal funds to teach the 1619 Project in K-12 schools. Tax dollars should not go towards promoting radical ideologies meant to divide us instead of being used to promote principles that unite us.https://t.co/vNyI4VBKqq

The project is a multimedia effort by the New York Times Magazine to reframe the country's history by putting the contributions of Black Americans at the center of the national narrative.

Dr Stroman, who is also a national trainer with the racial equity institute, said she's not surprised by the new legislation.

"Right now, people understand that love and fear are the two most powerful emotions and there are many people in this country who are running on fear," Stroman said. "We can't take our foot off the gas pedal. We believe history is on our side, we believe truth telling is helpful."
The 1619 Project is different from critical race theory, which stems from the idea that racism is a social construct and not the product of individual bias.

But the two are interconnected with states like Florida, who banned the theory last week.

Juneteenth is also approaching this week, which celebrates the emancipation of African Americans.

The New York Times said it is "troubled by the proposed legislation and other recent bills that have sought to ban classroom discussion of the 1619 Project, an important examination of history and legacy of slavery."

"The free exchange of ideas is crucial to expanding public understanding in a democracy and it is core to our role as an independent news organization," said Jake Silverstein, editor in chief of The New York Times Magazine. "We stand behind the project and the work of its creator, Nikole Hannah-Jones, for which she won a Pulitzer Prize last year, and oppose any attempt to restrict access to our journalism or that of any other news organization."

ABC11 also connected with Senator Tillis' press secretary but has not heard back.