Potential Tropical Cyclone 3 forms in the Gulf of Mexico; could bring rain to NC next week 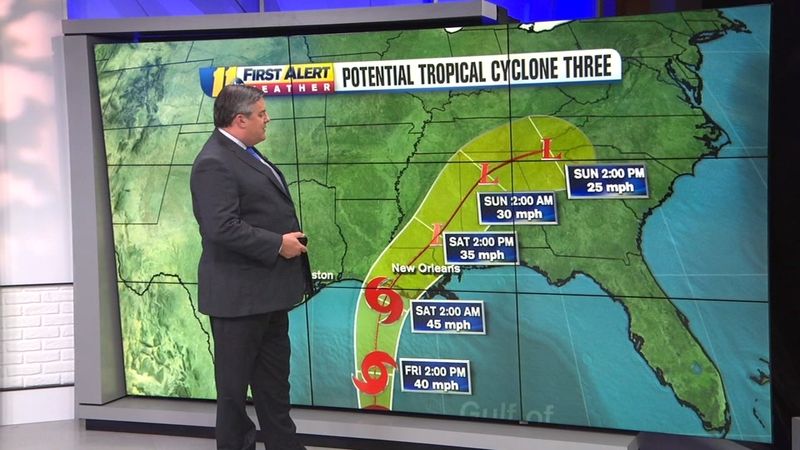 Potential Tropical Cyclone 3 forms in the Gulf of Mexico

RALEIGH, N.C. (WTVD) -- Remnants of a tropical system could bring some heavy rain to North Carolina at the start of next week.

The National Weather Service said Potential Tropical Cyclone 3 has formed in the Gulf of Mexico. The storm is expected to become Tropical Storm Claudette.

Right now, Sunday night into Monday is shaping up to be wet because of the tropical system

The National Hurricane Center gives the system a 90 percent chance to become a tropical depression.

On Thursday afternoon, the system was 475 miles off the coast of Morgan City, Louisiana, with 30 mph winds and was moving north at 9 mph.
.
It's still too early to know exactly what the system is going to do, but it's expected to hit the Louisiana coast as a tropical storm before making its way into the Bible Belt and ultimately through North Carolina. Those models have the storm bringing central North Carolina anywhere from no rain to 2 inches.

"The point is we're watching this development...but it's way too early to speculate about rainfall amounts," ABC11 Meteorologist Steve Stewart said Thursday morning.