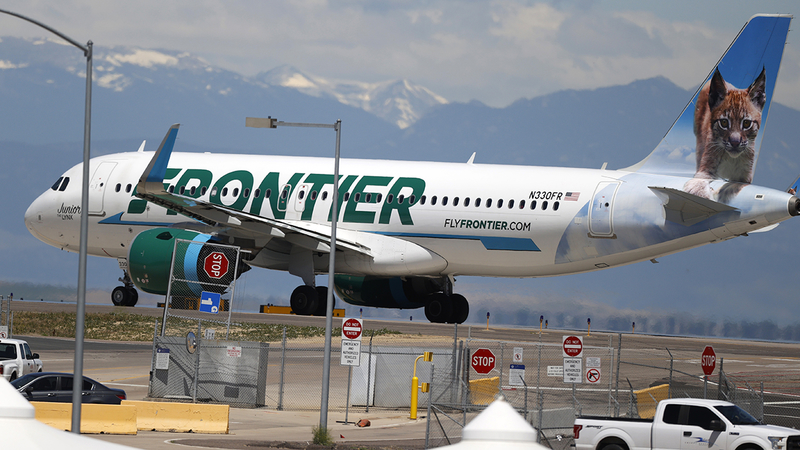 The charge is intended to offset costs such as "increased sanitation and cleaning on board the aircraft and in the airport, shields at the ticket counters and gate areas, and personal protective equipment for employees," according to the airline's site.

The airline said in a statement to ABC News that the $1.59 charge was implemented in May, and is applied to bookings on a per-passenger, per-segment basis.

"The CRC is already added to the promoted total fare at FlyFrontier.com, therefore, it is not an unexpected charge later in the booking process," a spokesperson for Frontier Airlines explained.

Major U.S. airlines, including Frontier, received billions in pandemic relief. Most of them have actually decided to eliminate costs such as change fees to incentivize passengers to take to the skies again.

"Budget airlines have historically been the most adventurous in testing out new fees," Scott Keyes, founder of Scott's Cheap Flights and author of "Take More Vacations," told ABC News. "And Frontier's COVID Recovery surcharge is true to form. While this surcharge is unlikely to be replicated by other airlines, the big question is whether yet another fee will push some Frontier customers to book elsewhere."

In May 2020, Frontier faced criticism from lawmakers for proposing to charge passengers extra to guarantee the middle seat next to them would be empty.

"We recognize the concerns raised that we are profiting from safety and this was never our intent," Biffle said in a letter to lawmakers at the time. "We simply wanted to provide our customers with an option for more space."