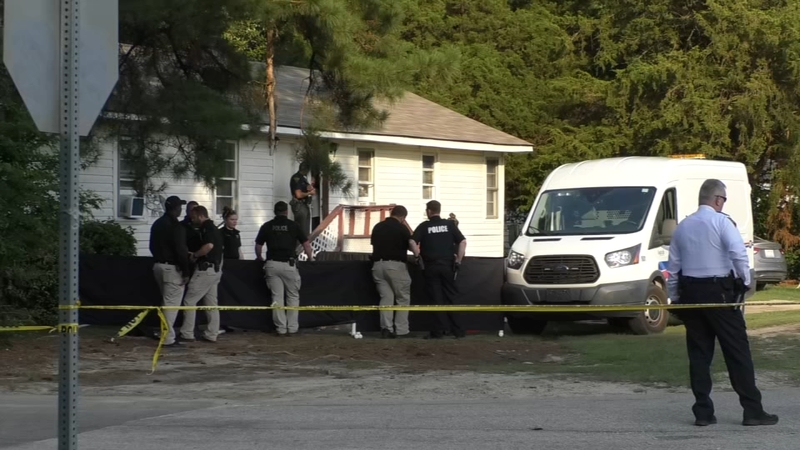 Officers responded to the 1100 block of Bunce Road just before 4:30 p.m. in reference to a shooting.

Police said two men were involved in a dispute and one was shot multiple times outside of the home.

On Wednesday, police identified the victim as Jeron Amy, 27, of Fayetteville.

Detectives are interviewing a person of interest who is cooperating with the investigation. Police Chief Gina V. Hawkins said they had a suspect.

"We've seen an increase in violence in Fayetteville," Hawkins told an ABC11 crew at the scene. "The same is happening nationwide."

Hawkins said most of the recent incidents in Fayetteville have been among people who knew each other.

She said the people involved in the Bunce Road incident knew each other and went "directly to violence."