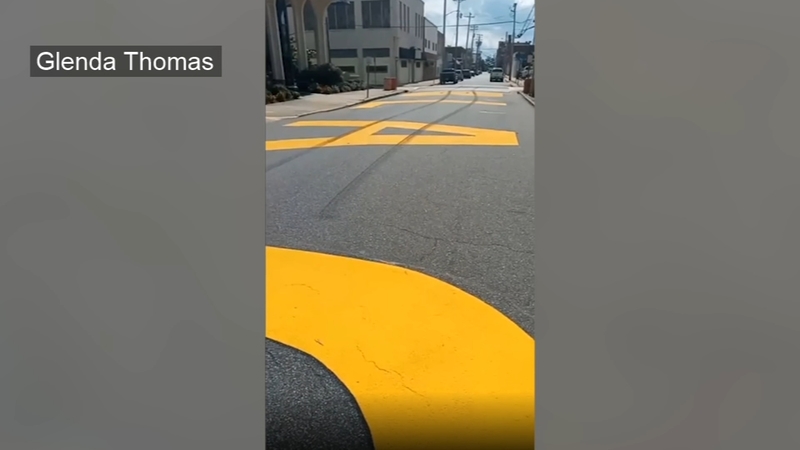 ELIZABETH CITY, N.C. (WTVD) -- A mural dedicated to the Black Lives Matter movement was defaced with skid marks less than a day after it was revealed in front of the Pasquotank County Sheriff's Office in Elizabeth City.

Skid marks stretch across the B-L-A of the Black Lives Matter mural, shown in a video from Brenda Thomas, the aunt of Andrew Brown Jr.

"It just doesn't make sense that this was just revealed yesterday to the public and someone just came out here, day one, in less than 24 hours, and do this to our nice mural in our town," Brenda Thomas said in a social media video. "This has got to stop."

In the video, Thomas called upon city and county leaders to condemn the act as well as the arrest of the perpetrator.
EMBED More News Videos

On Saturday, the mural was painted on Colonial Avenue -- the site of dozens of protests following the police killing of Brown Jr.

The art piece, designed by 26-year-old Michael Little, was commissioned by Elizabeth City leaders after he won a mural design contest on Juneteenth.

"Someone needs to be held accountable for this. I know there are a lot of cameras here in Elizabeth City," Thomas said. "They should know and arrest whoever did this to this nice mural."

Elizabeth City manager Montre' Freeman noted that the road sits between a heavily monitored area between the Pasquotank County Sheriff's Office and the city's police department.