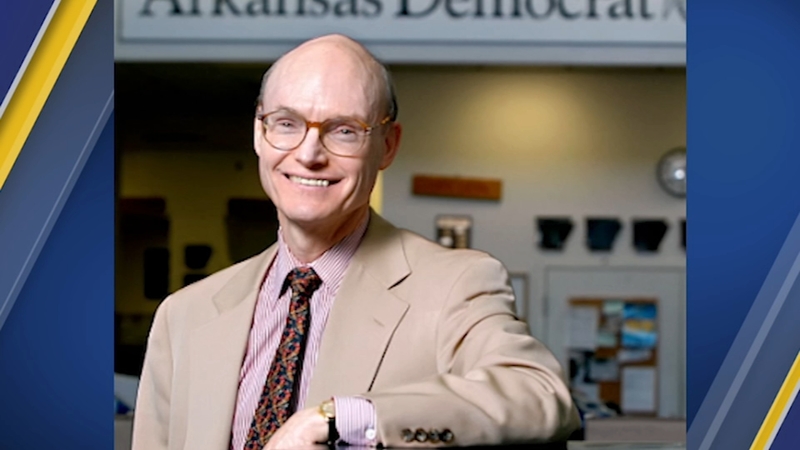 UNC to open investigation after leak of Hussman's donor agreement

CHAPEL HILL, N.C. (WTVD) -- Leaders with the University of North Carolina at Chapel Hill said the institution will be investigating the "leak of confidential donor" information after details about Walter Hussman Jr.'s gift to the journalism school named after him made headlines this week.

The investigation comes as the university faces continued backlash in the fallout of Nikole Hannah-Jones' tenure debacle.

The latest statement from the university is in response to the current controversy over Hussman's "Statement of Core Values."

It recently came to light that, when the alumnus pledged a $25 million donation to the school that now bears his name, the university agreed to "ensure that the core value statement as published each day in the Arkansas Democrat-Gazette be displayed through a specific presentation in granite in the wall within the lobby of the UNC School of Media and Journalism within ninety (90) days of the date of the 2019 announcement," according to an email obtained by our newsgathering partners at the News&Observer.

But, given the events of the last couple of months, some faculty are expressing concern that his values do not align with those of the school.

In fact, after a virtual town hall among Hussman faculty and staff on Wednesday, the "Statement of Core Values" was scrubbed from the school's website.

Faculty who attended the meeting told ABC11 that Susan King, Hussman's Dean, is now consulting with lawyers on what to do with the statement on display in the lobby that, per the gift agreement, was to eventually be chiseled in granite.

The school's Vice-Chancellor of Development David Routh wrote Friday:
"Along with the State of North Carolina's generous funding, donations from individuals and institutions are the lifeblood of Carolina. When a donor agrees to make a gift to a school, center, institute or foundation, they do so with our solemn promise to uphold and protect the confidentiality of their gift; what they wish to make public is closely coordinated with the University. The reports of a leak of confidential donor information relating to the agreement between the Hussman family, the University, and the (then) School of Media and Journalism are seriously troubling and will be investigated. Honoring these commitments is vital and critically important for maintaining trust with our donor community."

Hussman Jr. owns dozens of media outlets including newspaper outlets across the nation. The impact of his large donations came into question when the UNC-CH Board of Trustees made its decision not to offer tenure to Hannah-Jones as Knight Chair.

"I worry about the controversy of tying the UNC journalism school to the 1619 Project," Hussman wrote in an email last December, digital magazine journalist John Drescher previously reported. "I think this claim denigrates the courageous efforts of many white Americans to address the sin of slavery and the racial injustices that resulted after the Civil War."

After the reports surfaced, Hussman Jr. claimed "he never pressured anyone at the university."

The UNC Board of Trustees ultimately voted on June 30 to give her tenure. But Hannah-Jones rejected the tenure offer to accept a similar position at Howard University.

Some faculty say Hussman's values, or the words of any donor, should not be depicted as the values of the school or its faculty.