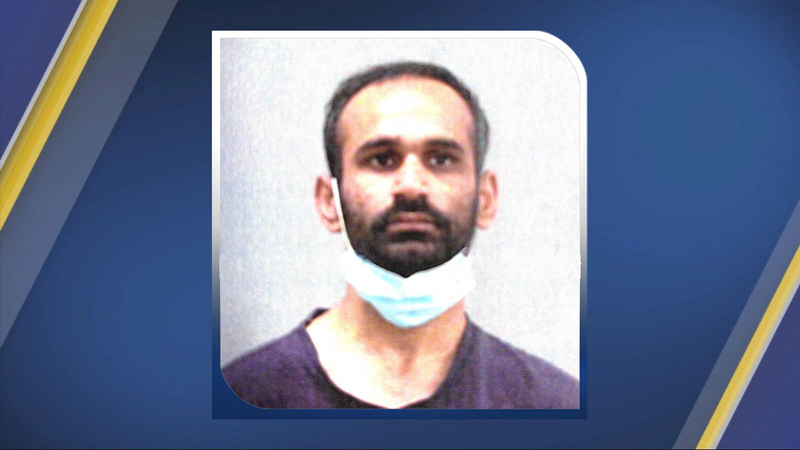 RALEIGH (WTVD) -- The Wake County Sheriff's Office on Thursday announced the arrest of an Uber driver accused of sexually assaulting a female passenger back in May.

According to the sheriff's office, the incident happened on May 9. Deputies received a report in the early morning hours of the day about a woman who was assaulted on Interstate 540 in the Knightdale area.

Authorities said the driver, identified as Muhammad Arslan Afzal, convinced the woman to move to the front seat of the vehicle, under the guise of helping him with his GPS device, on the way from Wake Forest to Raleigh.

While she was in the front seat, the sheriff's office says the driver committed several sexual acts on the customer, including groping her.

He also allegedly performed sex acts on himself.

Warrants were issued for Afzal, who is from the Clayton area, after the victim was interviewed this month.

Wake County Sheriff Gerald Baker said, in 2017 and 2018, Uber received nearly 6,000 reports of sexual assaults and 464 reports of rape. Ninety percent of the victims were riders and more than 90 percent were women.

Nathaniel Rowland is currently on trial for the kidnapping and murder of 21-year-old Samantha Josephson, a University of South Carolina student who disappeared from Columbia's Five Points entertainment district one night in March 2019. It was the spring before she was set to graduate and head to law school.

Josephson mistook Rowland's car for her Uber. Solicitor Byron Gipson said in court this week that cameras captured Rowland circling the block multiple times in his black Chevrolet Impala before pulling up to Josephson, who was waiting alone.

"As she stood there waiting for that Uber, he had his eyes firmly transfixed on her," Gipson said.

Once inside, Josephson was trapped because Rowland had turned on the backseat child locks so the doors could only be opened from the outside, prosecutors said. More than 100 stab wounds, cuts and other abrasions were found on Josephson's body, which was dumped in woods about 65 miles from Columbia.

Josephson's death drew national attention to safety concerns about ride-hailing services and prompted some changes. South Carolina lawmakers enacted a measure that requires drivers to make license plate numbers visible in the front of their vehicles and creates criminal penalties for people who impersonate ride-hailing drivers.