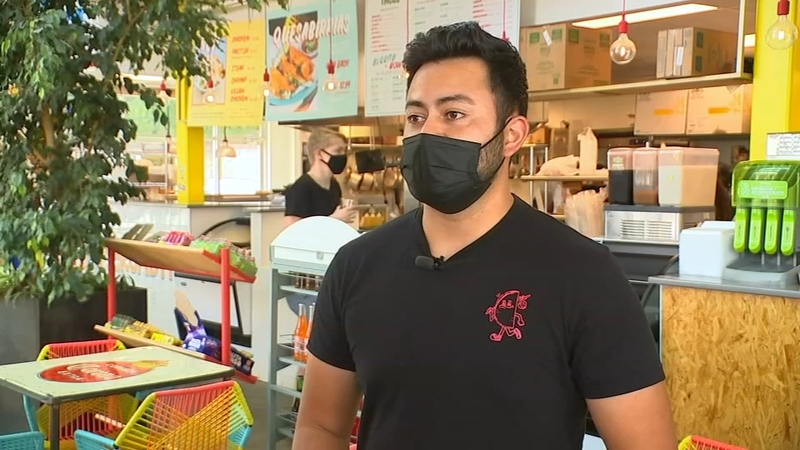 From the music to the food to the people, the Latino culture is vibrant in the Triangle.

About 11 percent of North Carolina's population is now Latino.

The Hispanic population grew by 40 percent from 2010-2020, according to U.S. Census data analyzed by the UNC Carolina Population Center.

Salvador Alvarez and his business partners opened Chido Taco in Raleigh about two years ago.

"We have authentic tacos, like street-style tacos, but we also have burritos and quesadillas for the people that are not adventurous," Alvarez said.

Alvarez moved to North Carolina from Mexico when he was 15. He learned the business from his uncles, who opened Mexican restaurants in the area in the 90s. Alvarez and his partners opened their first restaurant in Cary about seven years ago.

Mario Gonzalez formed Mariachi Viva Mexico NC eight years ago when he moved to Raleigh from Los Angeles. He saw a need for another mariachi in the area, to play at parties, restaurants and events.

"The clients have maintained us, the work, the demand is here," Gonzalez said in Spanish. "It's great that here in Raleigh, NC the presence of Hispanics is growing, Mexicans, people from over Latin America.

More Latinos are buying homes in the Triangle too.

A report shows the Durham-Chapel Hill market as number one in the country for fastest growth rate of Hispanic homebuyers.

Otto Cedeno started Movil Realty in Durham after moving from New Jersey. He lived in Ecuador until he was 14.

"We started as a Latino firm, and we still serve the Latino market, maybe 60% of our consumers are Latinos," he said.

Movil agents get training on how to do business with the Hispanic market.

"I think the Latino buyers are the future of the United States so they must know the culture and how to approach that market," Cedeno said. "We represent 26 and more countries. It's not just one specific country, because it's very important to understand that we have different food, different culture, different dialects."

Alvarez and Cedeno are proud to call North Carolina home.

"North Carolina has given me a lot," Alvarez said. "I've been able to grow as an entrepreneur. So, it's very nice to be able to contribute, not just with .. paying .. taxes, but also giving jobs to the people in the community."

"You can make money, but you can also help a lot of people, while you while you get your success as a realtor," Cedeno said. "So I'm here trying to help as much people I can, and trying to learn as much as I can from the South."
Report a correction or typo
Related topics:
societynclatin heritage monthlatino heritage monthlatinorestauranthispanic heritagehispanic
Copyright © 2021 WTVD-TV. All Rights Reserved.
TOP STORIES
Forecast: Warm & breezy with a PM shower
'Apologize or resign:' Protesters make demands of Lt. Gov. Robinson
Wilson man charged with murder in woman's stabbing death
Rocky Mount woman loses $1,000 trying to get free grant
Gunman shoots 3 Texas deputies from behind, killing one: police
COVID-19 threatens to impact holiday plans for second year
Show More
Edgecombe Co. sheriff says mental illness played role in knife attack
LATEST: CDC tells states to be ready to vaccinate children
NC elected officials help build Habitat for Humanity homes in Cary
Burlington promotes 26-year veteran to new police chief
Bond denied for teen accused of fatal NC high school shooting
More TOP STORIES News