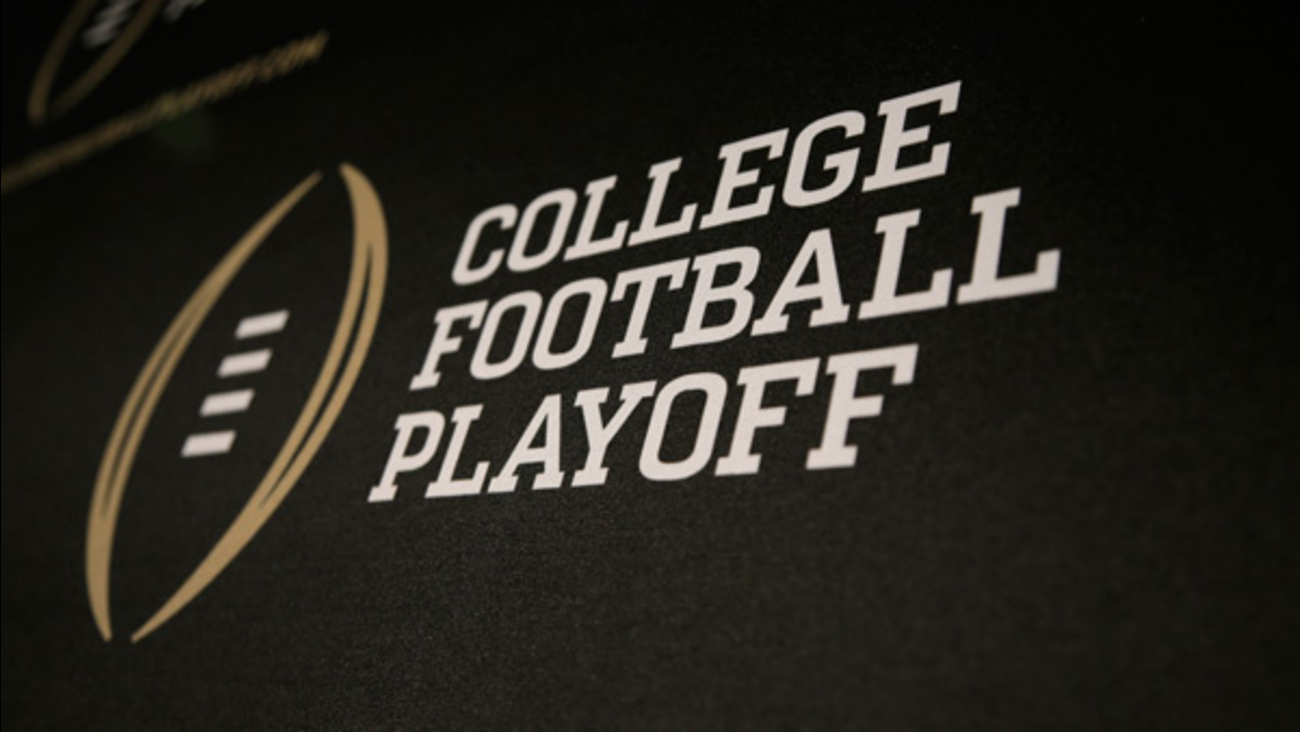 The College Football Playoff logo is printed across a backdrop used during a news conference on Wednesday, Oct. 16, 2013. (Tony Gutierrez)

Top-seeded Clemson will play No. 4 Oklahoma at the Orange Bowl and No. 2 Alabama gets No. 3 Michigan State at the Cotton Bowl in the New Year's Eve semifinals of the College Football Playoff.

The selection committee revealed the pairings for its second playoff Sunday, a day after the top teams eliminated any controversy about who should be in the final four. The only real debate was the order.

Clemson (13-0) has been No. 1 since the committee began its rankings the first week of November, and committee chairman Jeff Long said that the Tigers were clearly No. 1 in the final rankings. As the top seed, the Tigers get to play as close to home as possible. The Tigers and Sooners (11-1) met in Russell Athletic Bowl last season and Clemson won 40-6.

"Last year's game, people will talk about that, but it really doesn't mean anything," Tigers coach Dabo Swinney said in an interview with ESPN.

Clemson and Oklahoma have split four meetings, dating back to 1963.

Alabama (12-1) began its season at AT&T Stadium in North Texas against a Big Ten team (Wisconsin) and returns to face another in Michigan State (12-1). The Tide and Spartans have played only once, with Alabama winning the Capital One Bowl 49-7 after the 2010 season.

Oklahoma was No. 3 last week after it finished its regular season as the Big 12 champion, but Michigan State's Big Ten championship game victory over previously unbeaten Iowa pushed the Spartans past the Sooners in the end.

Long said bumping Michigan State past Oklahoma had nothing to do with avoiding the possibility of having the Sooners play close to home in the Dallas area.

And that was it for drama, if you could call it that. A big difference from last season, when the committee had to choose from Ohio State, Baylor and TCU, and ticked off the Big 12 by jumping the Buckeyes past Bears and Frogs in the final rankings.

This year, Oklahoma was so sure of its spot that coach Bob Stoops and quarterback Baker Mayfield did not even attend the Sooners watch party in Norman. Both were traveling. The Sooners last won a national title in 2000, Stoops' second season in Norman.

At Clemson, Swinney came through on his promise to throw a pizza party in Memorial Stadium. Thousands were in attendance to feast on the Tigers' success and pepperoni. Clemson is looking for its first national championship since 1981.

In Tuscaloosa, Alabama, where the Tide is preparing for a second straight playoff appearance, it was just another Sunday. The players were allowed to sleep in for the announcement.

"What I tell our players ... is guys, you really should be happy and you should be excited about what you have been able to accomplish and winning the SEC championship, but now I have a question for you: What do you want to do now?" said Tide coach Nick Saban, who has led Alabama to three national championships and coached at Michigan State from 1995-99.

Michigan State has one AP national championship to its credit, back in 1952.

The rest of the rankings and pairings for the Rose Bowl, Sugar Bowl, Fiesta Bowl and Peach Bowl will be revealed later Sunday afternoon.