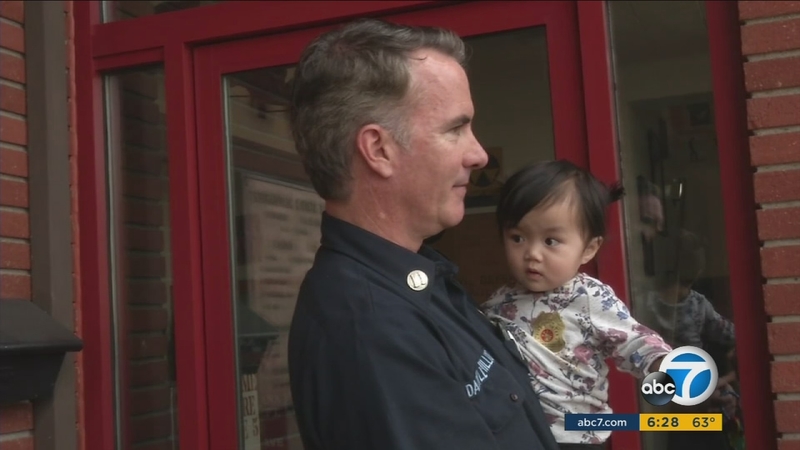 Girl who was surrendered reunited with Santa Ana firefighters

A woman rang the doorbell at Station 75 in Santa Ana in March.

"When I came around the corner, I could see a young woman with a baby in the blanket, she had a look on her face that kind of let me know that this may be a safe surrender," Milliot said.

Under the Safe Surrender Law, the woman handed her baby over to Milliot and his crew just hours after giving birth. The firemen took Naomi to the hospital for examination, hoping she would find a good home.

"Such a fullness and so much joy that you have in your heart that I'm going to take this baby home and this is going to be our baby," said Krysten Snyder.

Naomi did find a new home with Krysten and Kurt Snyder. The couple had been wanting to adopt a child when their case worker called about the safe surrender.

"Her mom loved her and was willing to do something so selfless for her own good," said Krysten Snyder.

The Snyders call Naomi a blessing and a gift. They say the same about the men who first took her in.

The family reunited with these four firefighters, now four uncles for little Naomi.

"It's just really special. I tell everybody that asks me about it, it's one of the highlights of my career," said Michael De Leon of the Orange County Fire Authority.

At eight and a half months, Naomi is happy and healthy. She gets to grow up with her older brother, Judah, who was also adopted.

Her parents are excited to one day tell her the story of how they became a family.