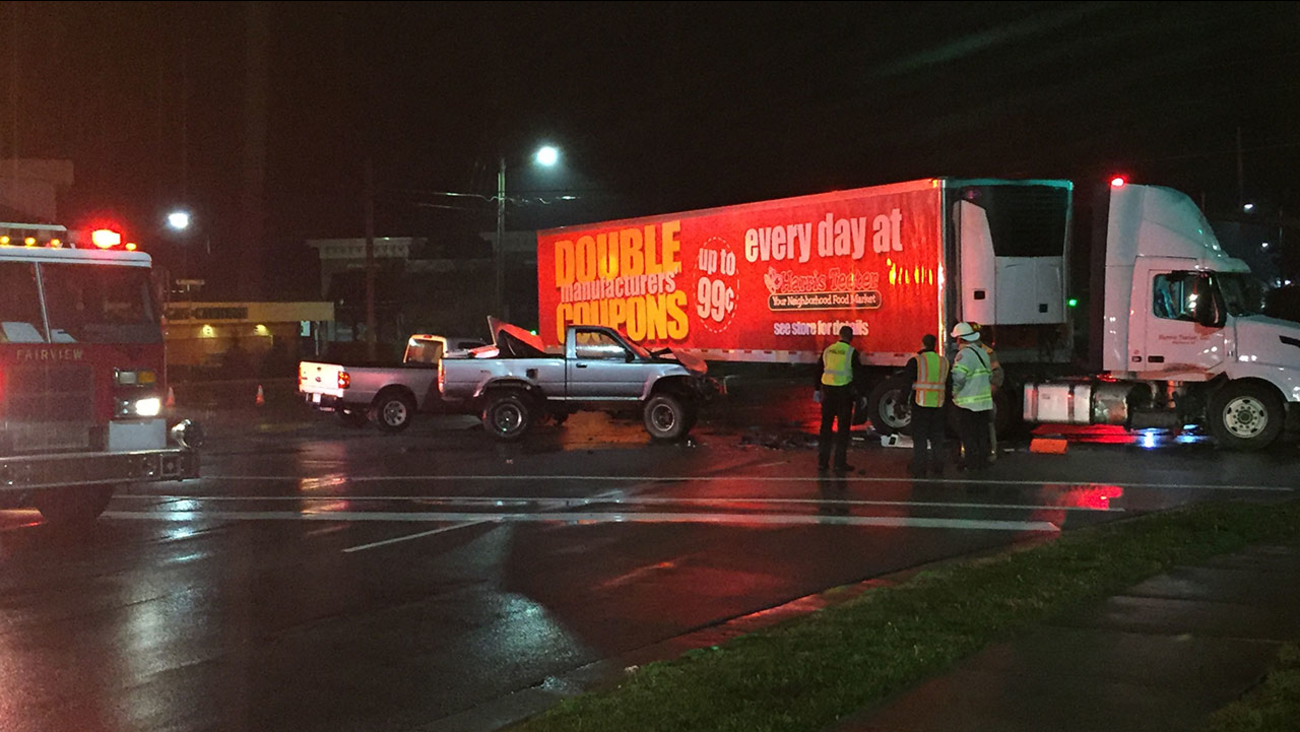 Around 5:45 a.m., authorities and EMS crews in Holly Springs were called to a three-vehicle accident on Sunset Lake Road and Holly Springs Road.

Images from the scene showed two pick-up trucks collided with an 18-wheeler.

Over an hour earlier in Fuquay-Varina, a driver crashed into utility poles along North Broad Street (NC-55), knocking out power to thousands.

Authorities in Fuquay-Varina had to close NC-55 between Old Powell Road and Wade Nash Road Tuesday morning due to an accident.

Authorities had to close NC-55 between Old Powell Road and Wade Nash Road, near Dickens Road, as they investigated the cause of the accident. It was unclear if the driver was injured.

Due to the accident, about 2,300 residents were without power. Duke Energy crews worked for hours to repair the damage.

Around 1:45 a.m. two drivers were killed in a wrong-way accident that closed Interstate 440 for several hours.

RELATED: Two drivers killed in wrong-way crash on I-440

Westbound traffic at 440 in Raleigh being diverted onto New Bern Ave after accident. #abc11eyewitness pic.twitter.com/MeeWi3zCWq

Less than an hour before that crash, a vehicle overturned on Six Forks Road at Northbrook Drive.

It did not appear anyone was hurt, but the cause of the accident is still under investigation. 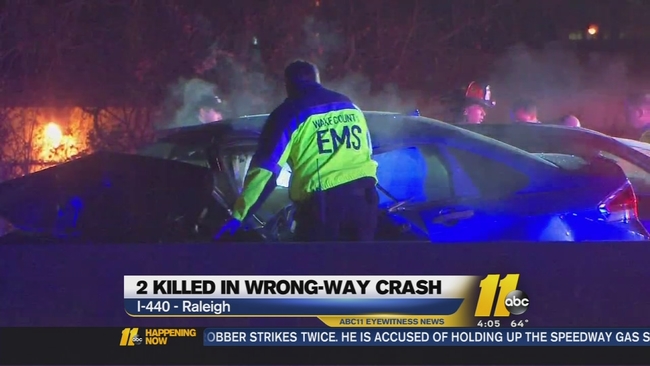