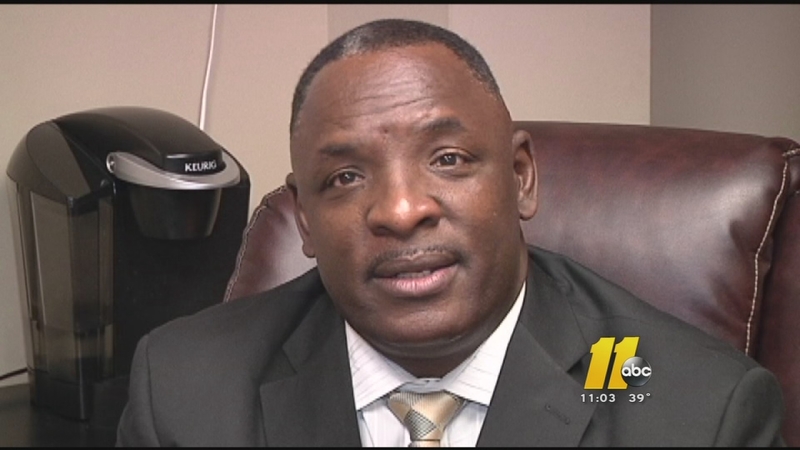 Pastor speaks out about gunman in church

FAYETTEVILLE (WTVD) -- Often when someone comes into a church with a gun, past tragedies come to mind. That was true for one pastor in Fayetteville before he was able to calmly stop the man and get him to pray.

"It could have turned out to be a massacre and to think how close that was, you can't help but feel chills of wow," said Pastor Larry Wright.

Wright is a Fayetteville city councilman and pastor at Heal the Land Outreach Ministries. He says around 11:40 p.m. on New Year's Eve a man walked in carrying a rifle while Wright was holding a prayer service with about 60 people.

The man had the gun in one hand, pointing it up, and an ammunition clip in the other. Wright says he didn't know if the gun was loaded.

But Wright says his military training kicked in and he calmly asked the man what he needed.

"I asked him, 'Can I help you, sir?' And when he said, 'Can you pray for me?' after that I was all right. Because if there was something that was going down, I would have rather taken the bullet than anyone else get hurt. So I was willing as the leader and pastor and believing in God that everything was going to be all right and it was," recalled Wright.

He says the man then started to cry, and Wright was able to take the gun away. Wright then invited the man to sit in the front pew.

"He needed someone to notice him, to embrace him, to say things like everything is going to be all right," said Wright.

Wright said the man told him he was upset about several things, including financial issues. The man also said he was recently married, according to Wright.

When police arrived, the man was taken to Cape Fear Valley Medical Center and was voluntarily admitted.