Popular Raleigh restaurant has a message of tolerance 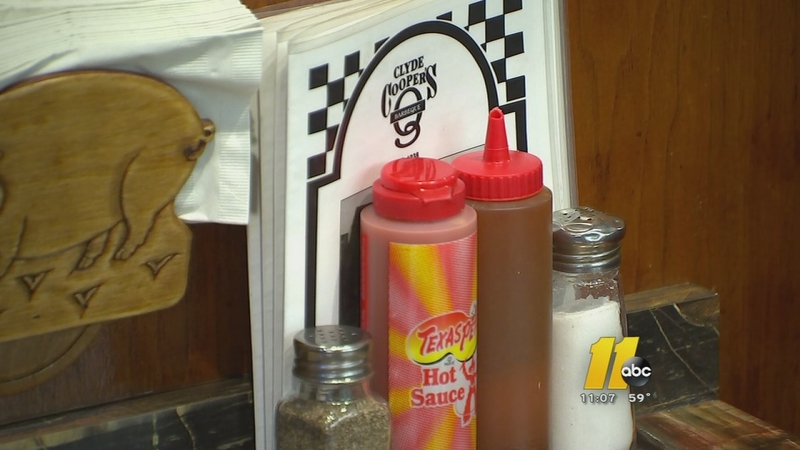 Barbecue joint has a message

That's the sign the owner of Clyde Cooper's BBQ hung in the window.

Debbie Holt, the owner, said she was just fed up with the national conversation that to her sounded awfully Islamaphobic.

So amid all the neon advertising at this Raleigh barbecue institution, you also see this simple sign, prominently displayed.

If you've never met the woman behind the ribs -- and the pulled pork -- at Clyde's, you should know Holt doesn't pull any punches.

"Anybody that knows me knows not to ask me a question unless you want an outlandishly blunt answer," Holt said.

So when activists with a group called Jewish Voices for Peace -- fighting to stop anti-Jewish and anti-Islam discrimination -- asked Holt to install one of the signs stating, "Stop Profiling Muslims Period," Holt didn't hesitate.

Holt took a stand after what she believed to be an air of Islamaphobia began to spread here. Headlines about state lawmakers voting to block Syrian refugees, and presidential candidate Donald Trump proposing to ban Muslim immigration.

Maybe pulled pork and politics don't mix as a business plan, but for Holt, the issue was personal.

"I feel like a lot of people see someone that looks Middle Eastern and they may feel uncomfortable," Holt said. "I was that way myself. But I do have so many people that come in here that I realize that you cannot judge a book by its cover."

Raleigh resident Amer Almaharmeh, who is a Muslim and an immigrant, has seen the sign. It made him smile.

"Seeing people who are not even Muslims from different religions, even with all they hear about Islam, are trying to do some good is really nice," Almaharmeh said.

And Raleigh resident Katie Claggett said: "I think it's great. I'd be more likely to eat somewhere that supports getting rid of profiling."

As for Holt, she said it's like her mother's old mantra: as long as they knew how to act, anyone was welcome in her house.