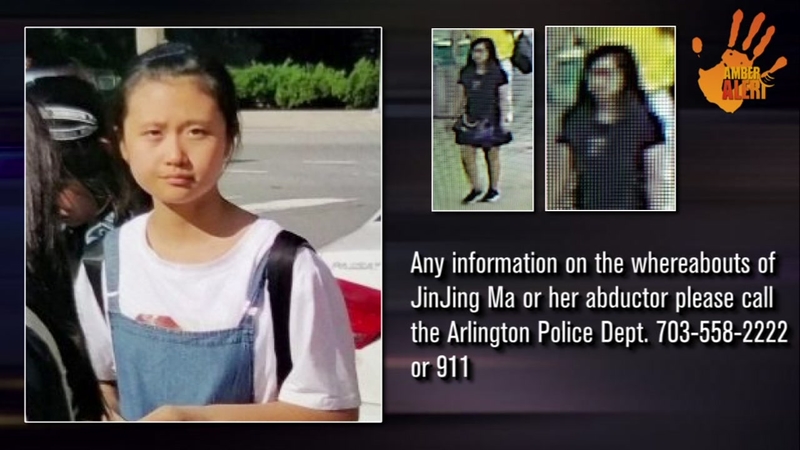 ARLINGTON, Va. -- The 12-year-old girl whose disappearance from the Reagan Washington National Airport Thursday has been found safe.

Jinjing Ma, 12, was located in New York City Friday. She is in the custody of her parents.

Anna Demidchik of Demidchik Law Firm in Flushing, New York, said it was the girl's biological parents who picked her up at the airport Thursday.

After Ma's parents saw the story on the news, they showed up at the law firm.

The FBI arrived at the law firm Friday morning and met with the parents, as well as the girl.

A law enforcement source told ABC News the parents were in the United States separate from the girl, who was on a group tour.

When the girl went missing from the tour, the AMBER Alert was issued.

The source says there is now no indication the girl was ever in danger.
Report a correction or typo
Related topics:
virginiawashington d.c.amber alertabductionu.s. & world
Copyright © 2021 ABC11-WTVD-TV/DT. All Rights Reserved - The Associated Press contributed to this report.
TOP STORIES
CDC expected to backpedal on some masking guidelines
LATEST: Percent of positive COVID tests jumps to 10.4%
'This is how I'm going to die': Officers tell Jan. 6 stories
Simone Biles explains why she 'took a step back' from team finals
'Shocked and disappointed': Vaccinated Cary couple sick with COVID-19
Man pleading guilty to 4 of 8 Atlanta-area spa killings
Show More
'This virus is not a joke': FL girl, 15, with COVID on ventilator
Summer sports camps see surge in participation
Cary Fenton development announces new retailers
Crocodile bites 18-year-old and drags her into water in Mexico
Flood on I-95 causes multiple crashes, major delays
More TOP STORIES News