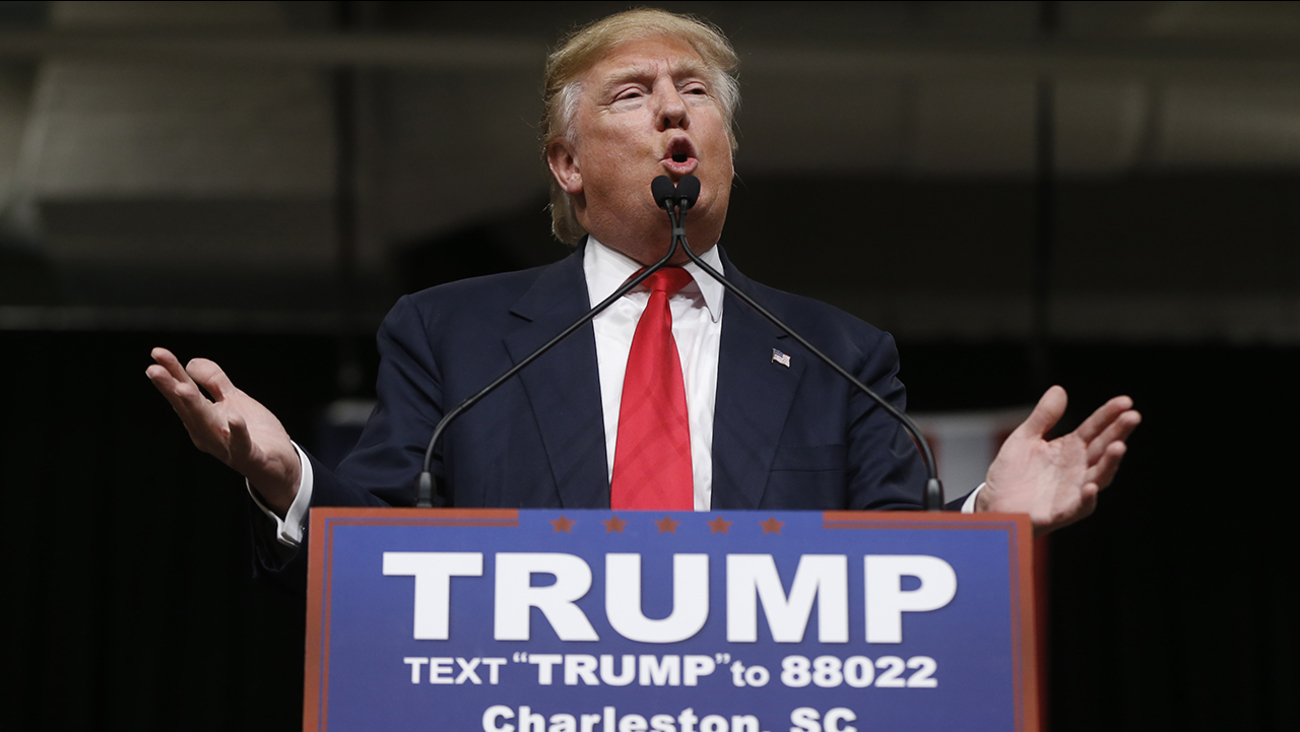 COLUMBIA, S.C. -- Donald Trump barreled to victory in South Carolina's Republican primary Saturday, deepening his hold on the GOP presidential field as the race moved into the South. "Let's put this thing away," he shouted to cheering supporters.

Out West, Hillary Clinton pulled out a crucial win over Bernie Sanders in Nevada's Democratic caucuses, easing the rising anxieties of her backers. At a raucous victory rally in Las Vegas, she lavished praise on her supporters and declared, "This one is for you."

The victories put Clinton and Trump in strong positions as the 2016 presidential election barreled toward the March 1 Super Tuesday contests, a delegate-rich voting bonanza. But South Carolina marked the end for Jeb Bush, the one-time Republican front-runner and member of a prominent political family, who withdrew from the race.

"I firmly believe the American people must entrust this office to someone who understands that whoever holds it is a servant, not the master," Bush told supporters in an emotional speech.

Trump's strong showing in South Carolina marked his second straight victory in the Republican primaries and strengthened his unexpected claim on the GOP nomination. No Republican in recent times has won New Hampshire and South Carolina and then failed to win the nomination.

"There's nothing easy about running for president," Trump said at his victory rally. "It's tough, it's nasty, it's mean, it's vicious. It's beautiful - when you win it's beautiful."

Marco Rubio and Ted Cruz, a pair of freshman senators, were fighting for second place, while Bush and others lagged far behind.

"This has become a three-person race," Rubio declared.

For both parties, the 2016 election has laid bare voters' anger with the political establishment and the influence of big money in the political system. The public mood has upended the usual political order, giving Sanders and Trump openings while leaving more traditional candidates scrambling to find their footing.

Trump's victory comes after a week in which he threatened to sue one rival, accused former President George W. Bush of lying about the Iraq war and even tussled with Pope Francis on immigration. His victory was another sign that the conventional rules of politics often don't apply to the brash billionaire.

Trump was backed by nearly 4 in 10 of those who were angry at the federal government, and a third of those who felt betrayed by politicians in the Republican Party.

For Cruz, even a second-place finish in South Carolina would be something of a disappointment. The state was his first test of whether his expensive, sophisticated get-out-the-vote operation could overtake Trump in a Southern state, where the electorate is tailor-made for the uncompromising conservative Texas senator.

Florida's Rubio was seeking to position himself as the mainstream alternative to Trump and Cruz, candidates many GOP leaders believe are unelectable in November. Rubio scored the endorsements of several prominent South Carolina politicians, including Gov. Nikki Haley, overcoming a dismal debate performance two weeks ago.

South Carolina was a bitter disappointment for Bush, who campaigned alongside members of his famous family, which remains popular in the state. Though he was once considered the front-runner for the GOP nomination, new fundraising reports out Saturday showed that donations to his super PAC had largely stalled.

Also in the mix was Ohio Gov. John Kasich, who had low expectations in South Carolina and was looking toward more moderate states that vote later in March. Retired neurosurgeon Ben Carson vowed to stay in the race, despite a single-digit showing.

The crowded Republican contest was a contrast to the head-to-head face-off among Democrats. Clinton has emerged a favorite of those seeking an experienced political hand, while Sanders is emerging young voters and others drawn to his call of a political and economic revolution.

The Nevada results highlighted Clinton's strength with black voters, a crucial Democratic electorate in the next contest in South Carolina, as well as several Super Tuesday states. The Hispanic vote was closely divided between Sanders and Clinton.

According to the entrance polls of voters, Clinton was backed by a majority of women, college-educated voters, those with annual incomes over $100,000, moderates, voters aged 45 and older and non-white voters. Sanders did best with men, voters under 45 and those less affluent and educated.

The former secretary of state captured the backing of voters who said electability and experience were important. But in a continuing sign of her vulnerability, Sanders did best with voters looking for a candidate who is caring and honest.

Sanders congratulated Clinton on her victory, but then declared that "the wind is at our backs. We have the momentum." With a vast network of small donors, Sanders has the financial resources to stay in the race for months.

Clinton's win means she will pick up at least 19 of Nevada's 35 delegates. She already holds a sizeable lead in the delegate count based largely on her support from superdelegates - the party leaders who can support the candidate of their choice, no matter the primaries and caucuses.

Trump won a majority of the delegates in South Carolina and he has a chance to win them all. With votes still being tabulated, he was projected to win at least 38 of the 50 at stake.

Democrats and Republicans will swap locations in the coming days. The GOP holds its caucus in Nevada on Tuesday, while Democrats face off in South Carolina on Feb. 27.

The polling of voters in Nevada and South Carolina was conducted for The Associated Press and the television networks by Edison Research as voters arrived at 25 randomly selected caucus sites.