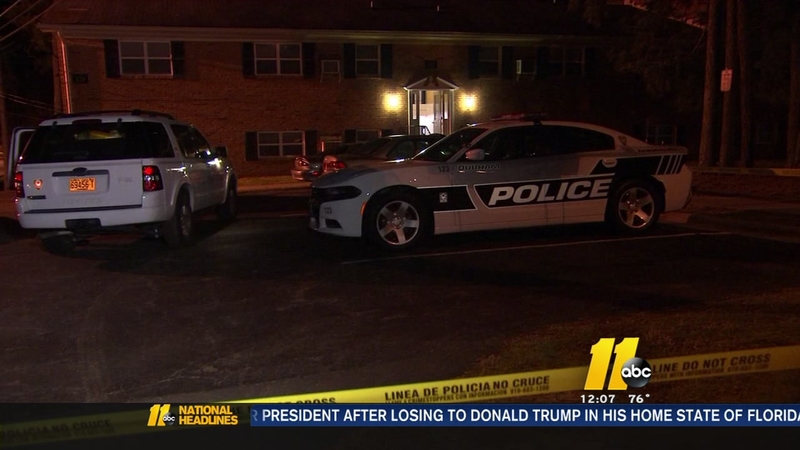 DURHAM (WTVD) -- Durham police are investigating a homicide after a man was found shot to death Wednesday morning.

Around 2 a.m., officers were called about a shooting in the 500 block of Hardee Street. When they arrived, they found 23-year-old Symoud Syheed Lewis dead at the scene.

Residents living in nearby apartments told ABC11 that they heard at least three shots fired overnight.


It appeared Lewis walked from a vehicle up to the apartments.

"We put our ear to the door, and we could hear somebody faintly gasping for help, so I open up the door that's when I found him lying in a pool of blood," said one woman, who asked that her identity be concealed. "I just put my hands on him so he would know that somebody was there with him so he didn't feel alone. You never think you're going open up the door to something like that."