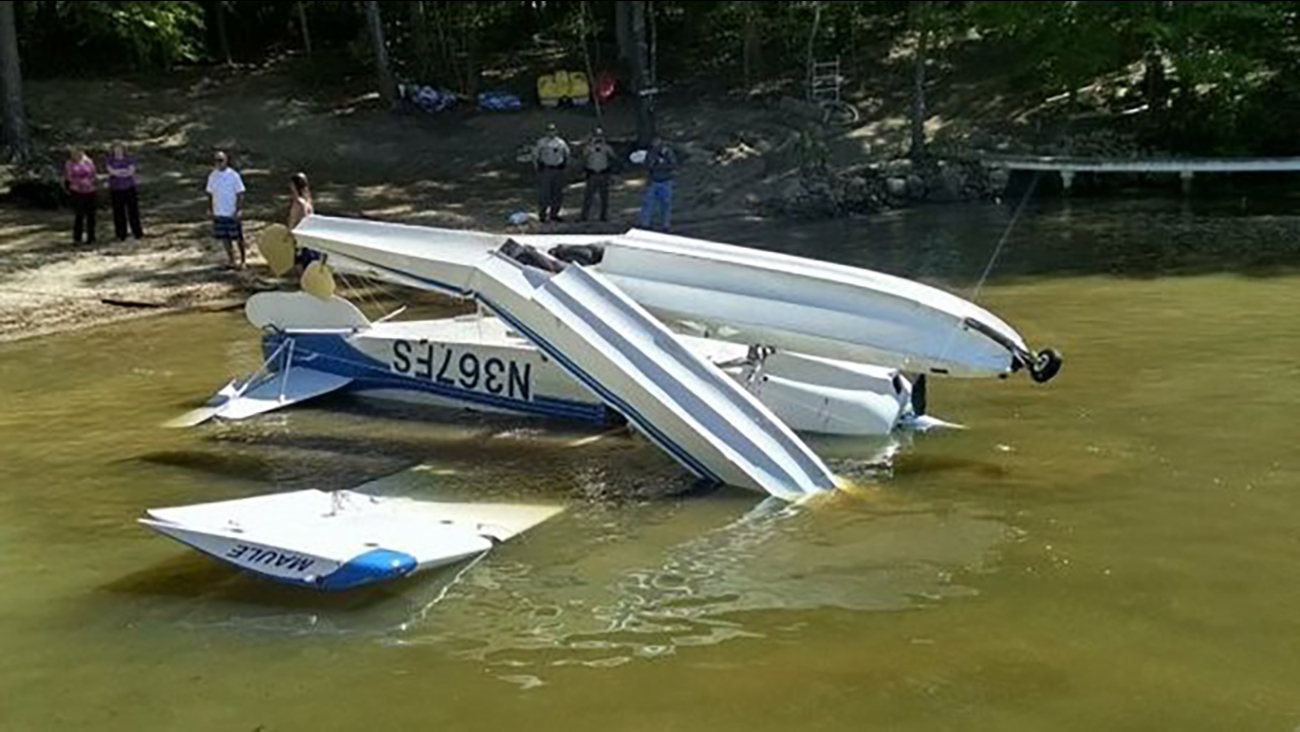 LITTLETON, N.C. (WTVD) -- A small plane with three people on board flipped over after landing on Lake Gaston in Littleton on Sunday, according to the FAA.

It was a float plane and it happened around 3:30 p.m. Highway Patrol said Paul Heaton of Roanoke Rapids was piloting the aircraft.

Heaton says he and the other two passengers are doing fine. They were flying locally to take scenic pictures. He says the landing was normal but there appeared to be a failure with the left pontoon.

The plane rolled over 3 times, according to troopers.

Heaton is still working with the FAA to figure out what happened.