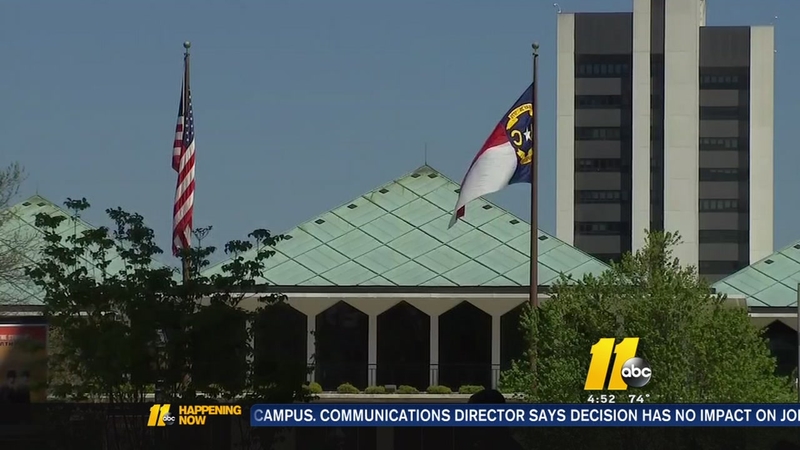 Read more: NC in violation of Civil Rights Act...now what?

The Justice Department's intervention puts the state in danger of losing hundreds of millions of dollars in federal school funding.

In a letter to Gov. Pat McCrory, the Justice Department put the state on notice that federal officials view the state law as violating federal Civil Rights Act protections barring workplace discrimination based on sex. Provisions of the state law directed at transgender state employees violate their anti-discrimination protections, the letter said.

McCrory has defended the state law, which limits legal protections to lesbian, gay, bisexual and transgender people. It also requires transgender people to use public bathrooms that conform to the sex on their birth certificate.

The letter effectively serves as a warning to the state to proceed at its own peril or risk being sued. It has not been uncommon during the administration of President Barack Obama for the Justice Department to weigh in on hot-button civil rights issues. In March, the department sharply discouraged state court administrators from jailing defendants who can't pay court fines for petty offenses. The letter to North Carolina doesn't have the force of law, but it puts the state on notice that its actions are being watched and run afoul of federal civil rights laws."

The letter seeks confirmation by Monday that "the State will not comply with or implement H.B. 2, and that it has notified employees of the State and public agencies that, consistent with federal law, they are permitted to access bathrooms and other facilities consistent with their gender identity."

The government could file a lawsuit to protect state employees from discrimination, the letter said. The Justice Department has also notified the 17-campus University of North Carolina system that the state law also violates Title IX of the Civil Rights Act, which bars discrimination in education based on sex, the letter said. That could lead to North Carolina losing hundreds of millions of dollars in federal school funding.

A Justice Department Official released this statement to ABC11:

As is typical of our enforcement efforts, the Justice Department hopes that North Carolina will come into voluntary compliance with federal law. Of course, we do have a range of tools available if it does not. It is the Department's preference to seek voluntary compliance by recipients of federal funds so that they may continue to receive funds or, if necessary, compliance through a court order that allows the same.

Enough is enough. It's time for the Governor to put our schools and economy first and work to repeal this devastating law.