Pittsburgh Pirates pitcher Ryan Vogelsong left PNC Park in an ambulance Monday after being struck in the head by a pitch.

The Pirates said after Monday's game that the pitcher has a left eye injury, including the orbital bone around it. He was admitted to Allegheny General Hospital, and no further updates will be available until Tuesday.

Batting with the bases loaded in the bottom of the second, Vogelsong had an 0-2 count when a 92-mph fastball from right-hander Jordan Lyles rode up and appeared to contact Vogelsong's head under his visor.

Vogelsong fell to the ground and stayed there until he was attended to by Pittsburghhead athletic trainer Todd Tomcyzk. It was not clear if Vogelsong ever lost consciousness. The Pirates' trainer finally got him into a seated position with a towel held to his left eye. There appeared to be blood coming from his nose.

The Pittsburgh Tribune-Review posted a photo that appears to show Vogelsong after the pitch impacted his face:

A cart was brought onto the field and Vogelsong was transported to the tunnel, where an ambulance pulled in to take the pitcher away.

"In the dugout, we all felt for Vogey," Pirates second baseman Josh Harrison said, according to MLB.com. "Let's finish this game strong and keep him in our prayers. Hopefully everything's OK."

"It's tough getting hit up there," he said, according to MLB.com. "That's tough to see. Hopefully, nothing serious comes out of it and he's able to get back to his teammates shortly.

"But 0-2, I tried to climb the ladder, tried to avoid him putting it in play. I felt maybe he was looking for something away. It just ran in too much, too high."

Vogelsong had thrown two shutout innings, striking out two, and was leading 2-0 when he left the game.

In the bottom of the third inning, time was called again after plate umpire Jeff Nelson had dirt inadvertently kicked into his left eye on Francisco Cervelli's slide. After trainers tried to clean out his eye, Nelson was escorted to the clubhouse. Ben May moved from first base to behind the plate. 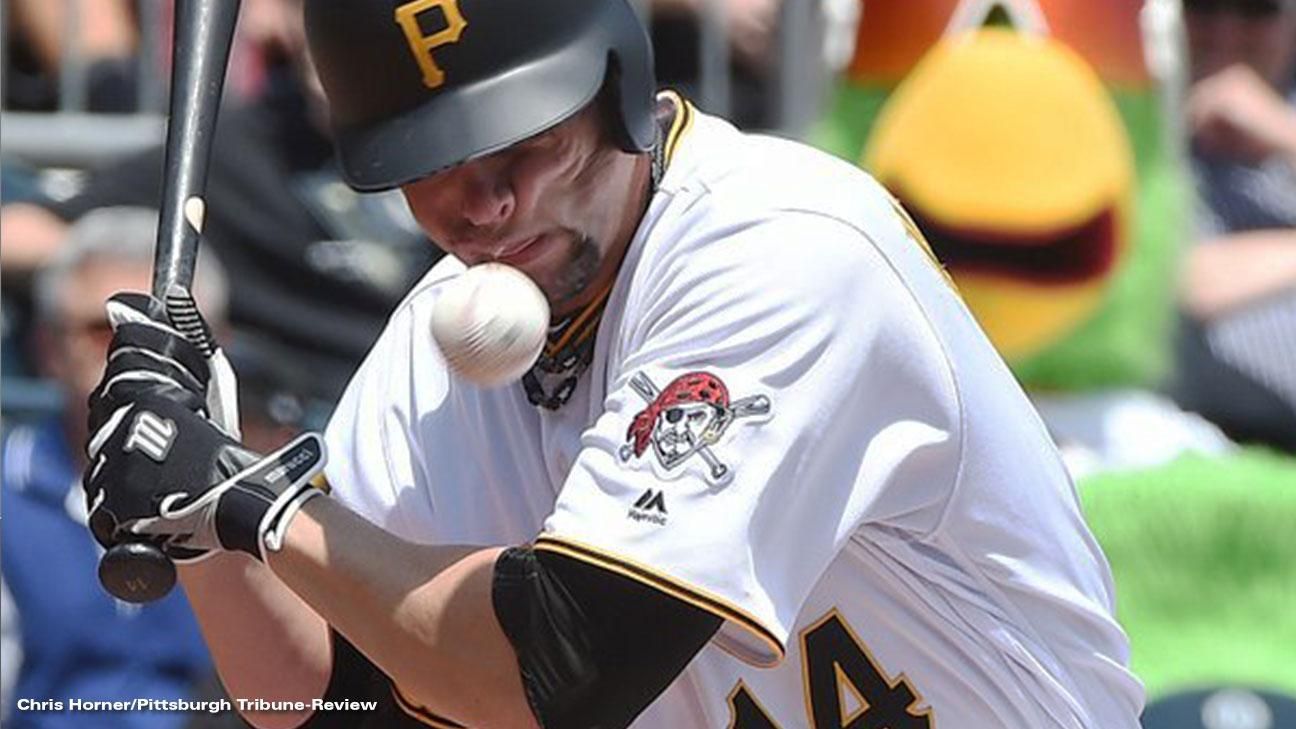