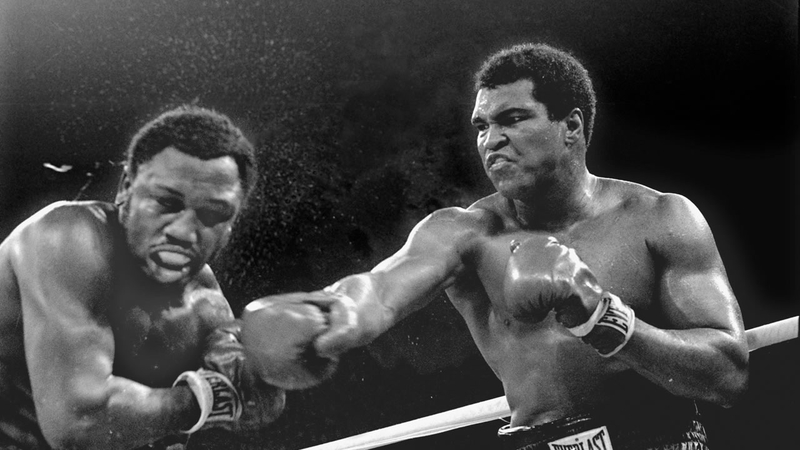 Three-time heavyweight champ Muhammad Ali, who charmed millions with his wit and confidence in the ring and inspired many more with his commitment to humanitarian causes died Friday, the family's spokesman said. He was 74.

"After a 32-year battle with Parkinson's disease, Muhammad Ali has passed away at the age of 74. The three-time World Heavyweight Champion boxer died this evening," said family spokesperson Bob Gunnell.

Ali's funeral will take place in his hometown of Louisville, Kentucky, Gunnell said in the statement, adding "the Ali family would like to thank everyone for their thoughts, prayers, and support and asks for privacy at this time."

PHOTOS: Muhammad Ali through the years


Ali had been hospitalized in the Phoenix area -- where he passed away -- for a respiratory issue June 2. At the time, a rep said he was in fair condition.

The late boxer's son, Asaad Ali, wrote on Instagram, "Forever grateful for everything you have ever gave me...You've shown me how to love the world in ways I didn't know possible."

His daughter Hani Ali tweeted, "Our father was a 'Humble Mountain!' And now he has gone home to God."

One of the greatest fighters in the history of boxing, Ali retired in 1981 after losing to Trevor Berbick in his 61st career bout.

Ali, who called himself "The Greatest," was married four times and had nine children, including daughter Laila, who also became a professional boxer. Ali and his fourth wife, Yolanda "Lonnie" Williams, had been married since 1986.

Born Cassius Clay on Jan. 17, 1942, Ali first stepped in the ring at age 12 in his hometown of Louisville, Ky., after his bicycle was stolen and a police officer suggested he learn how to box. Ali went on to become one of the most successful athletes and revered public figures in history.

Acclaimed for his quick, dancing style as a fighter, Ali also blended a unique mix of political activism and personal conviction that won him international recognition outside of the ring.

After winning 100 of 108 amateur fights, Ali took home an Olympic gold medal at the 1960 Summer Olympics in Rome. He later allegedly chucked the medal into a river after a waitress at a soda fountain in Louisville refused to serve him because he was black.


Weeks after the Olympics, Ali signed a lucrative contract and won his first pro bout on Oct. 29, 1960, against Tunney Hunsaker. Ali quickly ingratiated himself with the media with his boastful claims and fresh, stylish way of speaking. He told Sports Illustrated in 1961: "Most of them [other boxers] ... can fight almost as good as I can. I'm just saying you never heard of them. And the reason for that is because they cannot throw the jive. Cassius Clay is a boxer who can throw the jive better than anybody."

The brash, underdog Ali promised boxing fans he'd "float like a butterfly, sting like a bee" against Sonny Liston.

At age 22, he stunned the larger Liston, beating the champ in seven rounds in Miami to win his first heavyweight title. In their next match in 1965, Ali floored Liston with a hard, quick blow minutes into the bout and retained his crown when the referee stopped the fight.

With one Olympic gold medal and a heavyweight belt to his credit, Ali soon began making headlines for his religious and political beliefs.

Inspired by black rights activist Malcolm X, he converted to Islam and changed his name to Muhammad Ali in 1964. When he refused in 1967 to serve in the U.S. Army because of his religious convictions, Ali fended off sharp criticism from a nation that was raw from the dividing forces of the Vietnam War and the civil rights movement. Ali was stripped of his heavyweight title in 1967, fined $10,000 and sentenced to five years in prison for draft evasion. That conviction was overturned by the U.S. Supreme Court in 1971.

Months later, Ali went head-to-head with Joe Frazier in a legendary 15-round fight. Frazier was unanimously declared the winner of the bruising bout and succeeded Ali as heavyweight champ. Ali said of the grueling fight, "It was like death. Closest thing to dyin' that I know of."

Ali beat Frazier in their next two bouts, including a unanimous 12-round decision in 1974 that set up his heavyweight bout against George Foreman in Zaire (now Congo) 10 months later. Ali won the "Rumble in the Jungle," knocking out Foreman in the eighth round and reclaiming the world heavyweight title. The bout was chronicled in the 1996 documentary "When We Were Kings."

The outspoken champ faced Frazier one last time in an Oct. 1, 1975, bout dubbed "The Thrilla in Manila." Ali defended his title by stopping Frazier after an exhausting 15 rounds in the Philippines. The Ali-Frazier fight trilogy is generally regarded as the finest display of boxing in the history of the sport.

On Feb. 15, 1978, Ali lost his heavyweight title to Leon Spinks, but beat Spinks seven months later to reclaim the crown. He finished his career in 1981 with a record of 56 wins (including 37 by knockout) and five losses.

Though gone from the ring, Ali entrenched himself in charitable work and humanitarian causes -- from serving as a United Nations "Messenger of Peace" to supporting hunger and poverty relief. He appeared on the lecture circuit, although the frequency of his appearances lessened when his speech began to slur from his advancing disease.

The father of such memorable quotes as "The man who has no imagination has no wings" provided one of the lasting images of the 1996 Summer Olympics in Atlanta. Before a worldwide audience, he made a surprise appearance at the Games' opening ceremonies, where, his hand shaking from Parkinson's tremors, he took the Olympic torch and lighted the stadium cauldron. And at the London Olympics in 2012, he was again a participant in the opening ceremonies.

In 2005, he was awarded the highest U.S. civilian honor, the Presidential Medal of Freedom.

Late last year, Ali hit at Donald Trump following his proposal to temporarily ban Muslims from entering the U.S. "I am a Muslim and there is nothing Islamic about killing innocent people in Paris, San Bernardino, or anywhere else in the world," Ali said in a statement. "True Muslims know that the ruthless violence of so called Islamic Jihadists goes against the very tenets of our religion."

Muhammad Ali was The Greatest. Period. If you just asked him, he'd tell you. He'd tell you he was the double greatest; that he'd "handcuffed lightning, thrown thunder into jail."

But what made The Champ the greatest - what truly separated him from everyone else - is that everyone else would tell you pretty much the same thing.

In my private study, just off the Oval Office, I keep a pair of his gloves on display, just under that iconic photograph of him - the young champ, just 22 years old, roaring like a lion over a fallen Sonny Liston. I was too young when it was taken to understand who he was - still Cassius Clay, already an Olympic Gold Medal winner, yet to set out on a spiritual journey that would lead him to his Muslim faith, exile him at the peak of his power, and set the stage for his return to greatness with a name as familiar to the downtrodden in the slums of Southeast Asia and the villages of Africa as it was to cheering crowds in Madison Square Garden.

That's the Ali I came to know as I came of age - not just as skilled a poet on the mic as he was a fighter in the ring, but a man who fought for what was right. A man who fought for us. He stood with King and Mandela; stood up when it was hard; spoke out when others wouldn't. His fight outside the ring would cost him his title and his public standing. It would earn him enemies on the left and the right, make him reviled, and nearly send him to jail. But Ali stood his ground. And his victory helped us get used to the America we recognize today.

He wasn't perfect, of course. For all his magic in the ring, he could be careless with his words, and full of contradictions as his faith evolved. But his wonderful, infectious, even innocent spirit ultimately won him more fans than foes - maybe because in him, we hoped to see something of ourselves. Later, as his physical powers ebbed, he became an even more powerful force for peace and reconciliation around the world. We saw a man who said he was so mean he'd make medicine sick reveal a soft spot, visiting children with illness and disability around the world, telling them they, too, could become the greatest. We watched a hero light a torch, and fight his greatest fight of all on the world stage once again; a battle against the disease that ravaged his body, but couldn't take the spark from his eyes.

Muhammad Ali shook up the world. And the world is better for it. We are all better for it. Michelle and I send our deepest condolences to his family, and we pray that the greatest fighter of them all finally rests in peace.