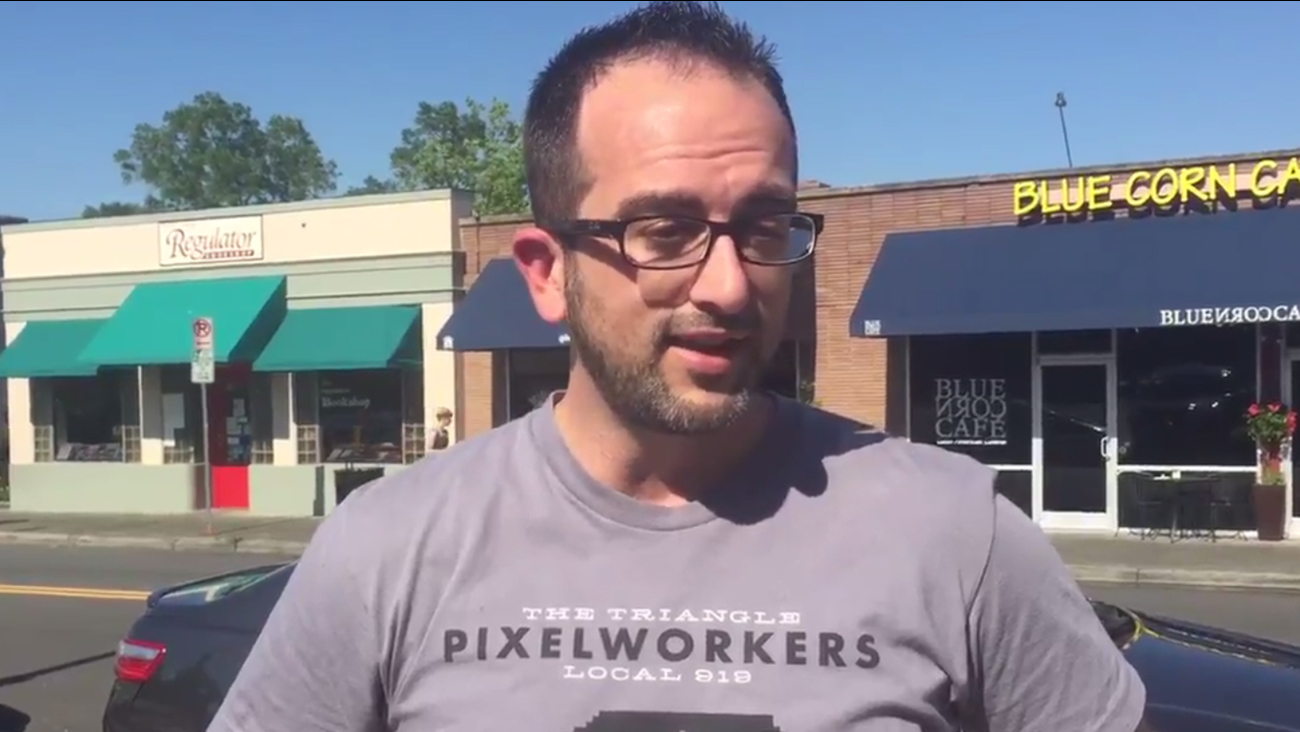 RALEIGH (WTVD) -- Bernie Sanders supporters have expressed a multitude of opinions as some news organizations are calling Hillary Clinton the "presumptive democratic nominee," including the Associated Press.

Some Sanders supporters have expressed concern and contempt for the early predictions, saying it might have the power to sway voter turnout, while others say they're now thinking of putting their weight behind Clinton.

Defy the pundits again and reach for a high voter turnout that'll shock the establishment. Grab your friends and go vote. #PrimaryDay

Shame on @AP and @MSNBC. Stop trying to suppress votes with your premature proclamations. #FeelTheBern

Even if it doesn't come through, I hugely admire what @BernieSanders has done and identify with his version of politics

ABC11 spoke with local Sanders supporters to find out what they think about his camping ahead of California's election results.

Elizabeth Sager said she's disappointed in the idea that there may be Sanders supporters who would not otherwise support Clinton.

Elizabeth Sager (@liz_triathlete) identifies as a @BernieSanders supporter but says she would back @HillaryClinton pic.twitter.com/BENfxQeKhv

Faulkner Fox said she feels much the same way and that it is "ridiculous" to compare Hillary Clinton to Donald Trump.

Faulkner Fox said she voted for @BernieSanders in the primary & would vote for @HillaryClinton in November pic.twitter.com/GLPclKM3IP

Liam Condon said he's holding out hope for Saunders to stay in the race long enough to make it to the Democratic National Convention.

Liam Condon said he doesn't think anyone should be predicting anything in the CA election before it happens pic.twitter.com/mCsA0UsSmQ

Ryan Cuthriell said he would still support the democratic nominee, be that who it may, but feels skeptical about the election process when it comes to the super delegate vote.

Ryan Cuthriell said @HillaryClinton would have his 2nd place support but is still skeptical of the election process pic.twitter.com/fpOxmUTOqb

If you want to share your opinion with ABC11, leave a comment on Facebook use the hashtag #ABC11 on social media. You can also send an email to eyewitness@abc11.com