What Brexit means for North Carolina 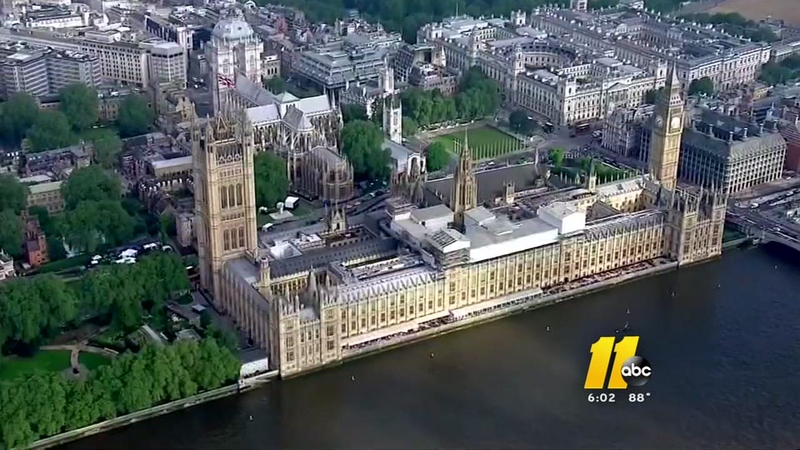 RALEIGH (WTVD) -- Major companies in the Triangle with economic ties to the European Union don't like the uncertainty around Great Britain's vote to pull out.

But a local expert is telling investors to relax.

"Nothing has actually happened yet," said Gerald Townsend of Townsend Asset Management in Raleigh.

Townsend says the uncertainty around Great Britain's departure from the EU does not have a long-term impact on most investors.

RELATED: How Triangle-based companies did on Wall Street Friday

"So the markets are reacting. It's on everybody's lips but it's going to take a long time to play out. My advice for investors is to do nothing," said Townsend. "Don't just stand there and do something. Stand there and do nothing."

Townsend says consider this analogy: economies are like the ocean -- stable and less volatile. However, markets are like a speed boat -- reacting to every dip and unexpected wave.

"We buzz around the ocean. The ocean doesn't change much," Townsend explained.

But for businesses it's different.

Glaxo Smith Kline, one of the major companies in the Triangle with ties to Britain, is now forced to maneuver a costly financial wave.

"If you are a company in the United States, a strong dollar makes your exports overseas more expensive, so at least in theory that's going to hurt your profit and bottom line a little bit," Townsend said.

"Although the EU Referendum result creates uncertainty and potentially complexity for us in the future, we do not currently anticipate an adverse impact on the business."

Caterpillar - another local company with ties to Europe - released this statement:

"The UK is an intrinsic part of our European supply chain and we urge all parties to reach an agreement that quickly removes the uncertainty."

Townsend says there are personal benefits to consumers: