Gun show in Raleigh packed despite spotlight on laws 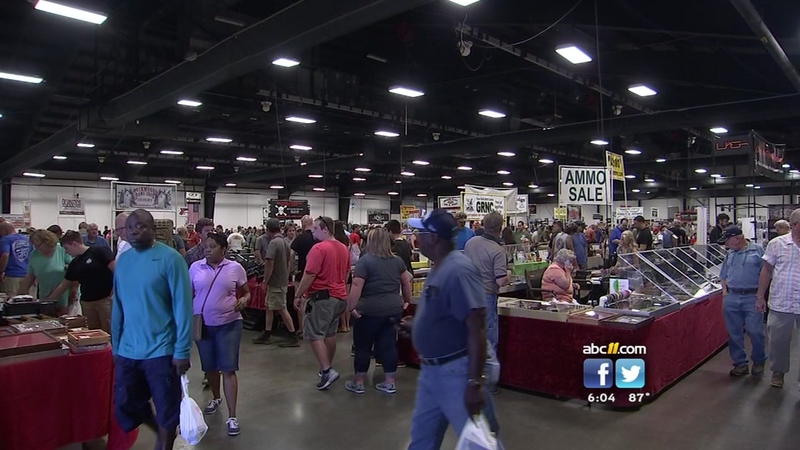 RALEIGH (WTVD) -- The State Fairgrounds were packed with people for the gun show on Saturday. Despite the national attention on gun laws, crowds still flocked to the event in Raleigh.

Many of the men and women who strolled through the aisles at Saturday's gun show enjoy target shooting. Others like to hunt, and some have guns for protection. One thing they have in common is awareness of calls for more gun control measures after the Orlando nightclub shootings.

Paul Barth, a member of the pro-gun access group Grass Roots, said he supports abolishing gun-free zones to help armed citizens with permits defend themselves. But he said there should be some restrictions.

"Because of mental illness, or felony charges against them, or domestic violence, they should not have a firearm. We're totally in support of that," he said. "But we also don't want to put a burden on people who should legally be able to have a firearm to protect themselves."

Gun owner Richard Rodenbach paused during his search for a buyer of his military style rifle. He's another firearms seller and buyer who says some critics omit key facts about guns like one he carried.

"Like what a lot of people hear, that the [bullet] is big. It's actually a very small, .22 caliber bullet that comes out of it. So it's good for like, varmint rounds."

Loaded guns are not allowed at the event. Anyone who brings a gun has to have it checked before coming in.

Philip Just is a Vietnam War veteran who says he's handed guns since he was a child.

His advice? "If you've got a man that's trying to get a weapon, obtain a weapon and he don't belong to a weapon, then handle him! Do what you've got to do, according to the law."

But he also recommends awareness of current laws as well as gun safety.

"You get careless with it, it's gonna bite you," he added.