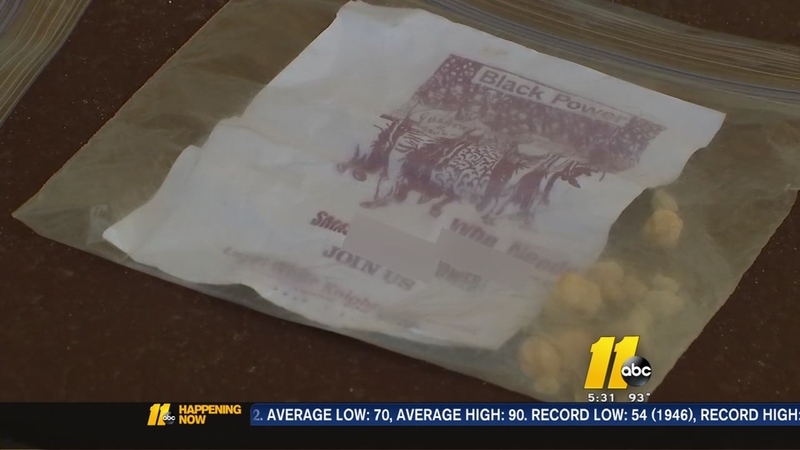 Residents in Raleigh and Fayetteville told ABC11 Monday they're angry and afraid after someone tossed messages filled with hate in their yards over the weekend.

Such incidents are not uncommon, but the number of messages purportedly distributed by the KKK is.

Some of the flyers enclosed in Ziploc bags and weighed down with small rocks used the N-word and made a reference to "black power."

One of the flyers people found in their yards.

Another warns any African American "making eyes" at a white girl will be "beaten with bats."

"They could come back in this neighborhood at any time and hurt somebody," said Fayetteville resident Tonio Smith.

The flyers were distributed in the Massey Hill area of Fayetteville and in downtown Raleigh.

One woman told ABC11 she was outside cutting her grass when a white truck rolled through the neighborhood and a passenger inside was tossing out the messages.

"This is something that we should not be going through at this time. We've been past this," offered Sandra Huggins of Fayetteville. "We've gone through this before. Everybody should be able to get along together."

A spokesperson for the Raleigh Police Department said an officer was alerted about the flyers in the 500 block of Oakwood Avenue and they were collected as evidence.

ABC11 called the number on the flyer for comment. Nobody answered and the mailbox was full.