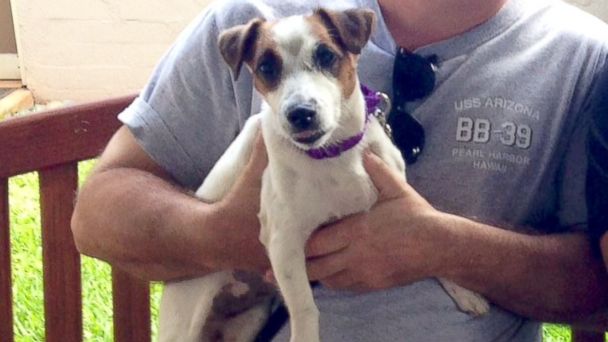 A Jack Russell terrier that was adopted from the Hawaiian Humane Center appeared in a for sale ad on Craigslist only one hour after the adoption, an act that Internet posters doggedly flagged, leading to a return of the animal to the shelter.

Sally Mae, a 10-year-old Jack Russell terrier, was adopted from the Hawaiian Humane Society after the organization made a video of her and posted it on YouTube. The organization posted a picture of the pooch and her new owner on its official Facebook page.

"We got notices from our fans on Facebook only an hour or two after the adoption, saying that a woman has posted a Craigslist ad, wearing the same cloth as the woman in our Facebook post," Jacque Vaughn, community relations director at the Hawaiian Humane Society told ABC News.

The Craigslist ad, titled "Jack Russell," claimed that the dog was five years old, while in fact, Sally Mae is 10. The dog had to be sold because "my boyfriend& I is [sic] too caught up with work since we have 2 jobs each and she needs a family that'll give her that attention. Please."

The time stamp of the ad proved that it was posted only an hour or two after the adoption, according to Vaughn.

The ad has been removed but numerous Facebook fans of the shelter took a screenshot and uploaded the ad on Reddit.

Although the act was has some people upset, Vaughn says rehoming a pet isn't illegal. Adopters sign a contract with the Humane Society, but that wouldn't deter potential adopters from selling a dog.

As of Wednesday, Sally Mae has been returned to the shelter and adopted by a new family, according to Hawaiian Humane Society's Facebook page.

Vaughn said in the past 10 years, she had only heard of two or three similar cases.

"There are 900,000 people on Oahu Island," Vaughn said. "It sounds like a lot but actually it is a pretty small community."

Vaughn said about 60 percent of the population on the island own pets, and she was amazed that the dog lovers were able to connect the dots and bring it to the shelter's attention.

"We are just happy that the woman was willing to cooperate with us and bring the dog back," Vaughn said.

"We never do same-day adoptions. Our process is very rigorous," DeFeo said. "We check references and sometimes even go to homes to see if the environment is a good fit for the animal."

"The last thing that we always tell adopters is that if you can't take care of the animal anymore, bring it back to us," DeFeo said.

Vaughn said that the Hawaiian Humane Society doesn't have the philosophy of going into the homes of would-be pet adopters. "Past researches have showed that stricter adoption processes can actually become barriers," Vaughn said. "It doesn't necessarily lead to better outcomes."

DeFeo said laws vary in different states, but should such an incident happen, the Humane Society of New York would take legal actions to bring the dog back.

The previous adopter's name was not released by the Hawaiian Humane Society due to the confidentiality policy.

Vaughn told ABC News that the adopter has asked the shelter to stop giving out her contact information.