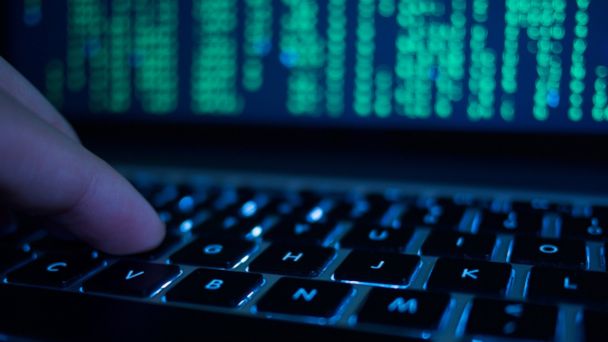 PHILADELPHIA -- The Democratic party has yet to notify thousands of wealthy donors whose email addresses and other personal information have been exposed by a pernicious cyber-intrusion, including Hollywood stars, CEOs and some of America's super rich.

"It's very disturbing," said Georgia trial lawyer Mark Tate, who has donated tens of thousands of dollars to the Democratic Party and its candidates. "They haven't told me that my information is out there."

But out there it is, along with thousands of donor files - many of them listed on a massive spreadsheet the party called the "Big Spreadsheet of All Things," which appears to list data about every check written to the party, Hillary Clinton and President Obama going back to 2013. The file includes email addresses, phone numbers, and in some cases additional personal information not publicly available on FEC reports. Under FEC rules, contributors are required to reveal the amounts of their gifts and provide a mailing address, but not email or phone contact information.

"If I were a hacker, this list and these emails are where I would start," said Justin Harvey, chief security officer for Fidelis Cybersecurity, one of the firms that helped investigate the hack of the Democratic party. "These emails and the other information would be extremely valuable for a hacker trying to gain entry to the personal computers of a target with a phishing scam."

Some of the well-known Democratic supporters whose personal information appear in hack files are Eva Longoria, Ellen DeGeneres, Kyra Sedgwick and James Cameron. California billionaire Tom Steyer's information is exposed, as is that of mega donor George Soros.

"While we do not yet know the scope of the intrusion or all of the individuals who may have been affected, we are quickly reviewing the thousands of emails and files stolen from the DNC and disclosed by Wikileaks to determine and make the appropriate notifications," a Democratic Party official told ABC News in response to questions about the hack.

ABC News analyzed some of the more than 19,000 internal DNC documents that cybersecurity firms say were likely hacked by Russians and published online by WikiLeaks.

Like any corporation or retail chain that is hacked, the DNC is required in most states to notify potential victims that their private information has been exposed. But state laws also give the targeted party time to assess the damage first.

The DNC has known for several months that there had been an intrusion. Only after WikiLeaks published some of the internal records Friday, though, was the party aware of what data apparently had been stolen.

In at least a handful of instances, the online documents also reveal social security numbers, passport information and in one case, a photocopy of a bank check for $150,000, with the account number and signatures all clearly visible.

Not all major Democratic donors were unnerved by the hack. Orin Kramer, a top fundraiser for Obama and legions of other Democrats, said in an email to ABC News, "Other than contact info being out there, emails [about] me innocuous."

William C. Eacho, who served under President Obama as U.S. Ambassador to Austria, could be heard on a voicemail confirming dinner with the President - an audio recording that was part of the hacked files.

"No one from DNC has reached out yet, but am sure they are a bit busy this week!" he wrote in an email in response to ABC News.

Democratic Donor Michael Zaleski learned a photocopy of his passport was part of the breach. He said someone from the DNC called to notify him over the weekend.

"Obviously I'm disappointed, but more angry at [Republican nominee Donald] Trump for sidling up to the Russians - it's treasonous," he said.

Tate said he hopes to hear from the DNC about what specific personal data about him has been exposed, so he can take measures to protect his privacy.

"I've always been loyal to the Democratic Party," he said. "But they need to let me know what stuff is out there."
Related topics:
abc newsnational
Copyright © 2020 ABC News Internet Ventures.
More Videos
From CNN Newsource affiliates
TOP STORIES