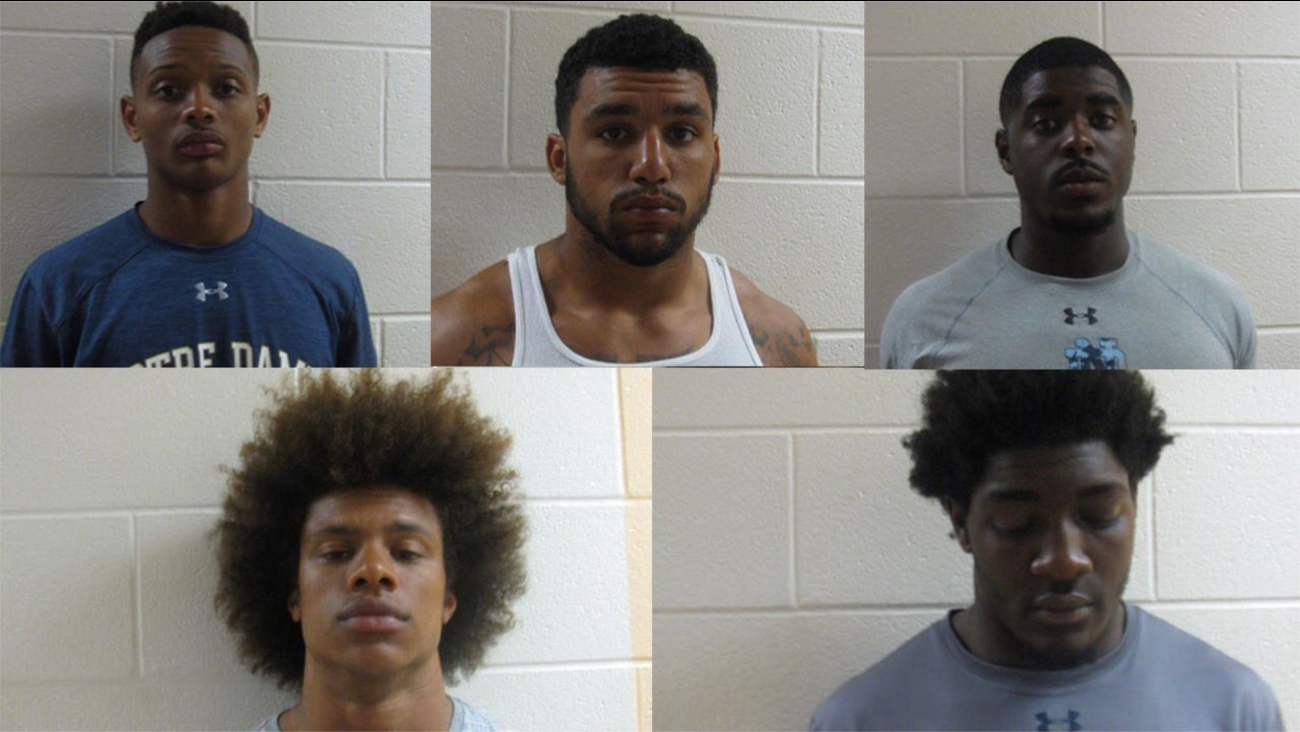 ROCHESTER, Ind. -- Five Notre Dame football players were arrested after Indiana State Police said a trooper found marijuana and a loaded handgun in their car, while a sixth player was arrested in a separate incident and accused of punching a police officer.

State Police said a trooper stopped a car Friday night in Fulton County about 35 miles south of South Bend for speeding. The trooper detected the odor of marijuana and with the help of a drug-sniffing dog, he found the marijuana and handgun, police said.

All remained jailed Saturday at the Fulton County Jail in Rochester on a misdemeanor marijuana possession charge. Redfield, Stepherson and Williams face an additional misdemeanor charge of possession of an unlicensed handgun.

Galea said that after officers broke up a fight inside the Linebacker Lounge they saw two women fighting outside when Butler allegedly shoved one of the women. He said Butler was agitated and when officers told him to back away he allegedly pushed the officers and punched one of them.

"He shouted profanities at the officers and started swinging his fist," Galea said.

The officer was taken to a hospital for treatment for minor injuries, including a sore wrist, he said.

It was not immediately clear if any of the six players had attorneys who could comment on their behalf.

University spokesman Paul Browne said in a statement that "any student arrested on a felony charge also faces dismissal from the university."

"The university will determine if additional sanctions should apply to any or all of the students charged," his statement said.