Police: Man shot after threatening to drive into a house in Fayetteville 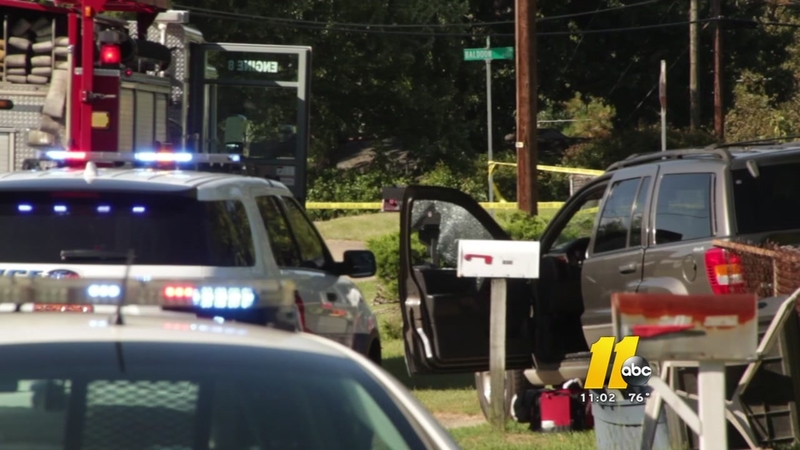 FAYETTEVILLE (WTVD) -- A driver of a Jeep was shot after he threatened to drive his car into a house in Fayetteville Sunday afternoon, police said.

Officers responded to the 7000 block of Ryan Street just before 4:30 p.m. Authorities said the driver had an argument with the home's resident and then threatened him.

The driver was then shot by another male on the scene, according to police. The victim was taken to Cape Fear Valley Medical Center and is listed in critical condition.

Police said they have a suspect in custody in reference to the shooting.

The suspect and victim's names were not released.

Anyone with information regarding the shooting investigation is asked to contact Detective J. Bisner with the Fayetteville Police Department at (910) 676-2597 or Crimestoppers at (910) 483-TIPS (8477). Crimestoppers information can also be submitted electronically, by visiting http://fay-nccrimestoppers.org and completing the anonymous online tip sheet or by text-a-tip on your mobile device by sending a message to 274637 (in the text box type "4Tip" followed by your message).