Responses roll in after NCAA benches North Carolina over HB2 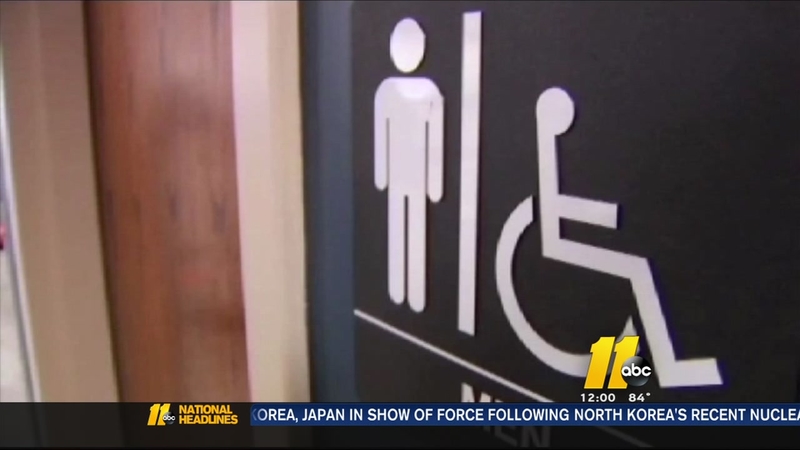 The decision by the NCAA to pull seven championship events from North Carolina because of a state law that some say can lead to discrimination against LGBT people has garnered national attention and response.

On Monday, the NCAA said the decision by its board of governors came "because of the cumulative actions taken by the state concerning civil rights protections."

"In its decision Monday, the Board of Governors emphasized that NCAA championships and events must promote an inclusive atmosphere .. Current North Carolina state laws make it challenging to guarantee that host communities can help deliver on that commitment .." the NCAA's statement read in part.

RELATED: NCAA moving seven championship events out of NC for 2016-17

The NCAA Division I Women's Soccer Championship in Cary, the early round March Madness games in Greensboro and five other NCAA events will all be moved out of the Tar Heel state during the 2016-17 academic year due to House Bill 2.

Following Monday's news, Duke Athletic Director Kevin White said in a statement that, "We agree with the NCAA's decision."

"Our position has been clear on this matter, which is that this legislation is discriminatory, troubling and embarrassing. We deplore any efforts to deprive individuals, regardless of sexual orientation or gender identity, of legal protections and rights," White's statement continued. "We will always be committed to diversity and inclusion, and applaud any efforts to ensure that those values are protected and enacted at all times, and in places in the state of North Carolina."

Even Democratic presidential candidate Hillary Clinton weighed in on the NCAA's decision on Tuesday, saying in part "the NCAA is right to pull tournament games from North Carolina because of the anti-LGBT HB2 law."

The @NCAA is right to pull tournament games from North Carolina because of the anti-LGBT HB2 law. Discrimination has no place in America. -H

"I certainly understand why they did to make sure all fans are welcome and safe. And Pat McCrory shouldn't have endangered those games and others events like it to begin with by signing that bill," Sgro said.

Meanwhile, state Republican spokesperson Kami Mueller pushed back against critics from the Left following Monday's announcement by the NCAA.

"With their flawed logic players and cheerleaders should be sharing hotel rooms together," she said.

"The issue of redefining gender and basic norms of privacy will be resolved in the near future in the United States court system for not only North Carolina, but the entire nation," McCrory said. "I strongly encourage all public and private institutions to both respect and allow our nation's judicial system to proceed without economic threats or political retaliation toward the 22 states that are currently challenging government overreach. Sadly, the NCAA, a multi-billion dollar, tax-exempt monopoly, failed to show this respect at the expense of our student athletes and hard-working men and women."

However, Lieutenant Governor Dan Forest told reporters at the Council of State meeting Tuesday morning that the governor has been out of state for a couple of days.

"I talked to the governor this morning, he's preparing his response to this, just like we are," Forest said. "The NCAA didn't give any warning to either one of us on this issue."

McCrory was vocal when NBA's decided to take the All-Star game out of Charlotte, calling it "selective outrage."

"I strongly disagree with their decision. To put it bluntly it's total P.C. B.S.. It's an insult to our city and an insult to our state," McCrory said on Charlotte radio station WFAE in July.

On Tuesday, Forest also released a statement about the NCAA's decision.

"The NCAA's action sends a message to every female athlete and female fan attending their events that their privacy and security in a bathroom, shower or locker room isn't worth the price of a ticket to a ballgame. We have seen the NCAA's attitude towards women before when they stood by and did nothing during the rapes at Baylor. For years, we've seen the NBA turn a blind eye towards women victims of domestic abuse at the hands of their star players. Why should we be surprised now at the NCAA continuing this pattern of discrimination and degradation of women? The line has now been drawn in the sand, first by Hollywood, now by the NBA and NCAA, either accept their 'progressive sexual agenda' or pay the price. North Carolina will not play that game. We value our women too much to put a price tag on their heads."

HB2 has created a public and business backlash, which includes the NBA moving the 2017 All-Star Game to New Orleans instead of hosting it in Charlotte as originally scheduled because of the law. Duke lost a men's basketball game from its schedule when Albany backed out due to that state's travel ban, while the Vermont women's basketball team has canceled a December trip to play North Carolina in Chapel Hill.

"This decision from the NCAA is shameful. It is clear they do not understand real discrimination. China, where true discrimination and human rights violations occur, is OK for games, but a state that is just trying to protect young girls and women is somehow off-limits. Between this and their choice to do nothing about schools graduating athletes who can't read, and to do nothing about the rape of females by athletes at Baylor, it is clear the NCAA is a bunch of hypocrites. It shows they're more interested in politics than academic and athletic excellence."