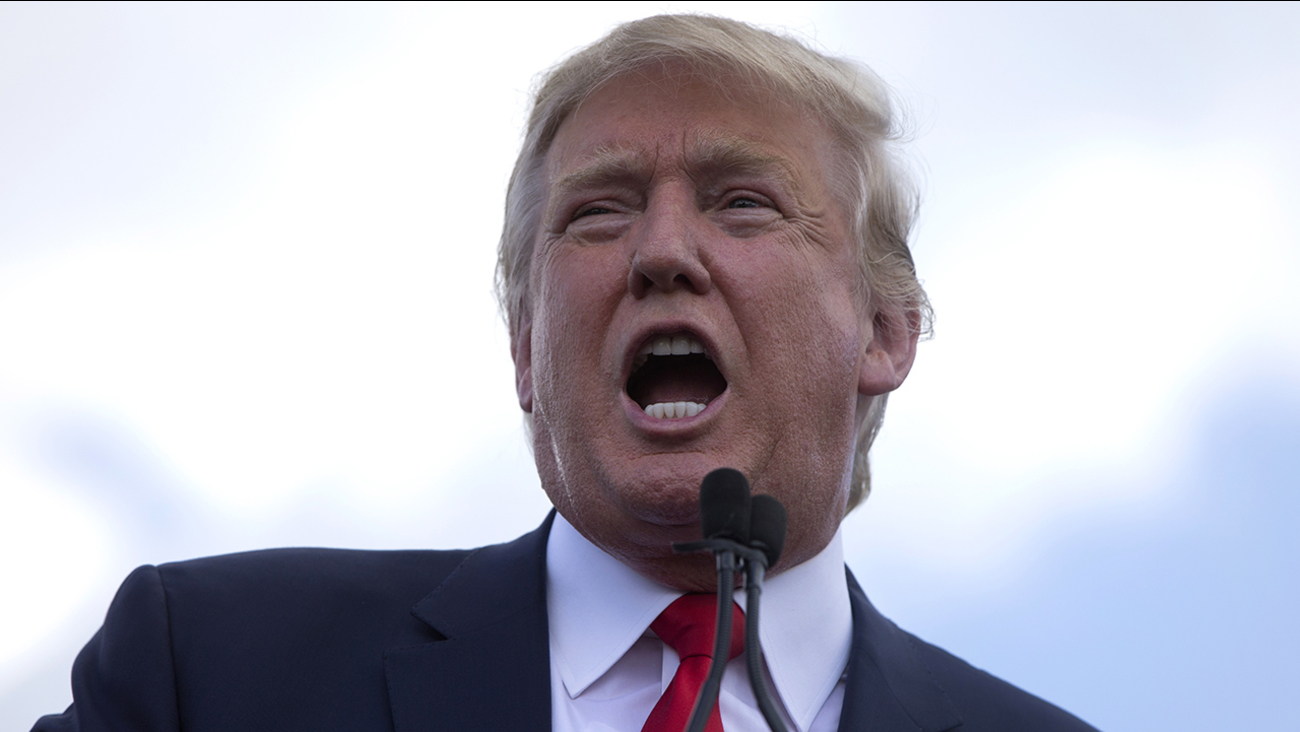 Early Saturday morning, Trump said "I was wrong and I apologize" about the recording that revealed him making crude, profane comments about women.

Trump bragged about kissing, groping and trying to have sex with women who were not his wife on recordings obtained by The Washington Post and NBC News. The celebrity businessman boasted "when you're a star, they let you do it," in a conversation with Billy Bush, then a host of the television show "Access Hollywood."


"This is nothing more than a distraction from the important issues we are facing today," Trump said, in the statement.

"I've said some foolish things," Trump said in a taped apology posted on his Facebook page. "But there's a big difference between the words and actions of other people. Bill Clinton has actually abused women."

In a statement released Friday night, NC Gov. Pat McCrory said: "I condemn in the strongest possible terms the comments made by Donald Trump regarding women. I find them disgusting,"

McCrory's reaction came hours after news broke that Donald Trump blurted out lewd and sexually charged comments about women as he waited to make a cameo appearance on a soap opera in 2005, a revelation that led the Republican presidential nominee to issue a rare apology Friday, "if anyone was offended."

I condemn in the strongest possible terms the comments made by Donald Trump regarding women. I find them disgusting.

The remarks were captured by a live microphone that Trump did not appear to know was recording their conversation.

In a statement released by his campaign, Trump said: "This was locker room banter, a private conversation that took place many years ago. Bill Clinton has said far worse to me on the golf course - not even close. I apologize if anyone was offended."

The video's release comes out just two days before Trump will face Hillary Clinton in their second presidential debate and as he confronts a series of stories about his past comments about women and tries to move beyond remarks shaming a former Miss Universe for gaining weight.

The 2005 remarks were recorded months after the reality TV star married his third wife, Melania. He is heard bemoaning that he tried and failed to seduce an unidentified woman, saying, "I moved on her and I failed, I'll admit."

"I did try and f--- her. She was married," Trump said. "And I moved on her very heavily. In fact, I took her out furniture shopping. She wanted to get some furniture. I said, 'I'll show you where they have some nice furniture.'"

Trump said he "moved on her like bitch" and then made a crass remark about the woman's breast implants. Then, after seeing the actress Arianne Zucker on the set of the soap opera on which he was to appear, he said he needed some breath mints "just in case I start kissing her."

"You know I'm automatically attracted to beautiful - I just start kissing them. It's like a magnet. Just kiss. I don't even wait," Trump said. "And when you're a star they let you do it. You can do anything."

The comments that appeared to condone sexual assault were swiftly condemned by Clinton's campaign and any number of Republicans.

"This is horrific. We cannot allow this man to become president," Clinton posted on her campaign's Twitter account. House Speaker Paul Ryan said he was "sickened by what I heard today."

In his own statement, Billy Bush said he was "embarrassed and ashamed."

"It's no excuse, but this happened 11 years ago," said Bush, who this summer was named a host of the third hour of NBC's "Today" show. "I was younger, less mature and acted foolishly in playing along. I'm very sorry."

Trump has a long history of making lewd and highly sexual comments toward and about women. The Associated Press reported this week that during his years as a reality TV star on the "The Apprentice," the GOP nominee repeatedly demeaned women with sexist language, rating female contestants by the size of their breasts and talking about which ones he'd like to have sex with.

"Access Hollywood" said Friday that it was the AP story that prompted a search of its archives, which revealed the vulgar tape.

During frequent interviews with shock jock Howard Stern in the 1990s, Trump made a long list of demeaning comments, saying that he could have had sex with Diana, princess of Wales, who had recently been killed in a car crash, and declaring that "A person who is very flat-chested is very hard to be a 10."

He has repeatedly called the comedian Rosie O'Donnell a "pig" and "slob" and suggested she'd be less depressed if she stopped looking in the mirror. The Los Angeles Times reported last month that managers at Trump's golf club in southern California knew the New York developer only wanted good-looking women on staff.

The Republican nominee delivered an uneven performance in the first presidential debate - punctuated by his frequent interruptions of his female opponent - and then spent days after the debate renewing his past attacks on Alicia Machado, the 1995 winner of the Miss Universe pageant that Trump used to own, over her weight.

Trump also bragged in the moments after the first debate and days afterward that he had decided not to bring up Bill Clinton' infidelities, even as he did so. But Thursday night in New Hampshire, Trump said at an event "let's see what happens" when asked if he might do so in Sunday's second debate.