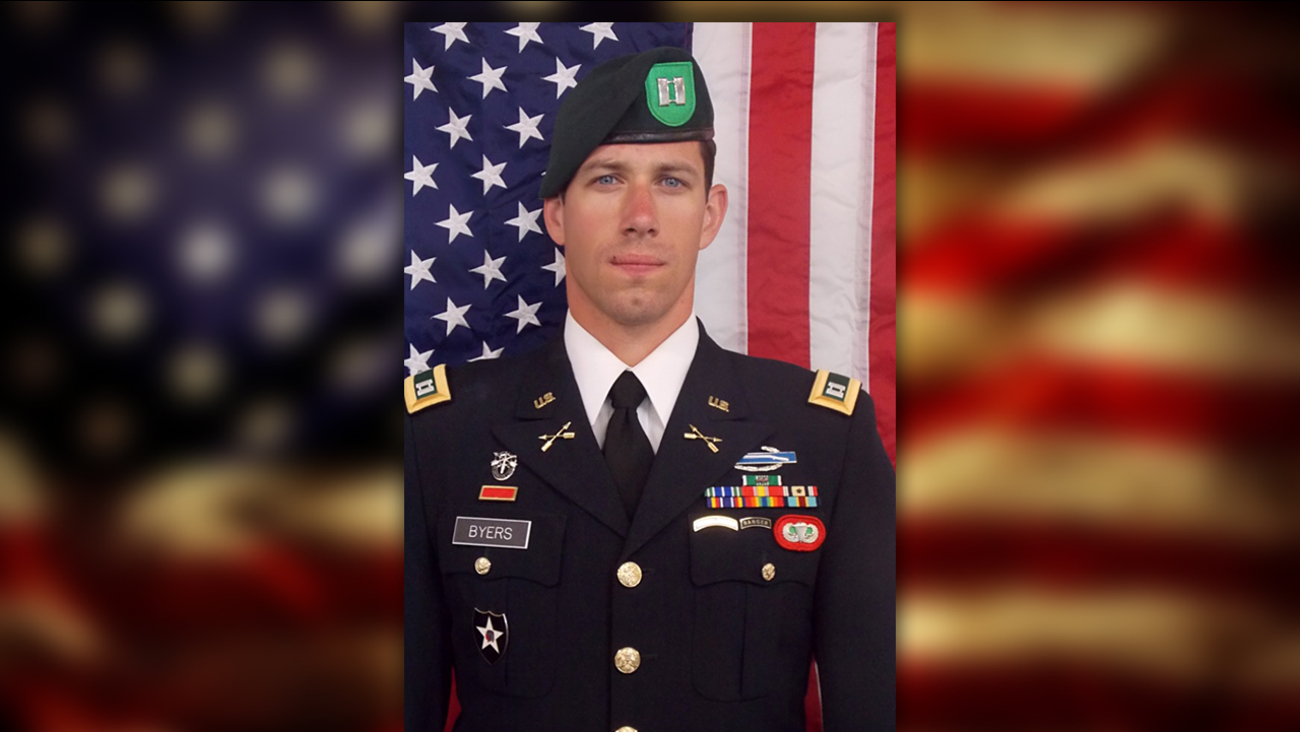 Defense officials said the soldiers had gotten off a helicopter and were moving on foot with Afghan forces when they came under fire. Four other U.S. troops were injured.

Town of Rolesville lowers flag to half staff in honor of Capt. Andrew Byers. The Special Forces soldier was killed in Afghanistan #abc11 pic.twitter.com/gWMvA3Xaak

Byers had been in the Army more than eight years and Gloyer for nearly 12.

"It is always hard to lose a part of our military family. Our thoughts and prayers are with Capt. Andrew D. Byers and Sgt. 1st Class Gloyer's family and friends during this very difficult time," Fort Carson officials said in a statement to ABC11.

Besides Afghanistan, Byers spent time deployed in Italy and in the Democratic Republic of Congo. He entered the Army on May 31, 2008.