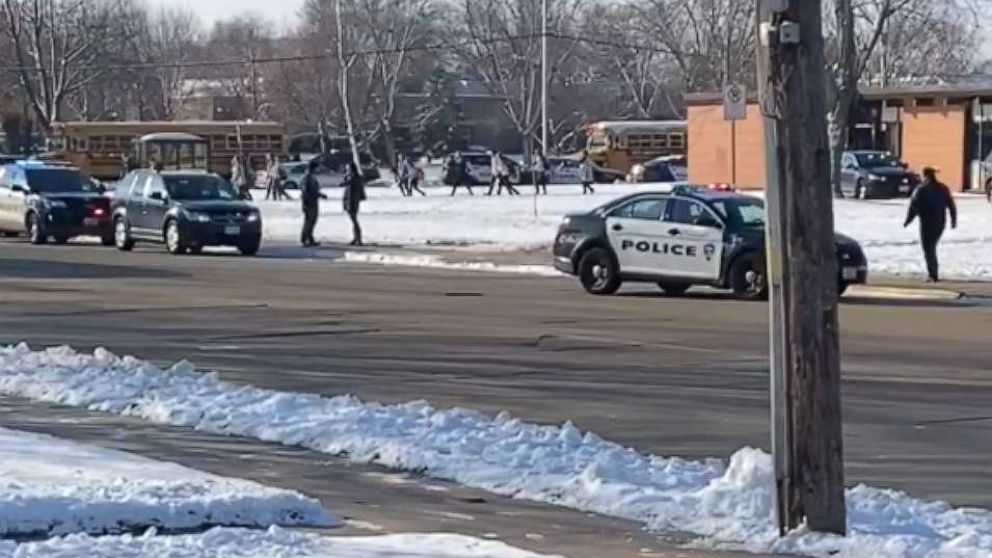 A 16-year-old student allegedly stabbed a school resource officer at a Wisconsin high school Tuesday morning and the officer shot the student in response, according to local police.

Both the student and officer were hospitalized after the incident at Oshkosh West High School, the Oshkosh Police Department said.

Their injuries are believed to be non-life threatening, Oshkosh Chief of Police Dean Smith said at a news conference.

No other students were injured at the school in Oshkosh, about 90 miles north of Milwaukee, said police.

The stabbing and subsequent shooting stemmed from an "altercation" between the officer and 16-year-old at the school resource officer's office, Smith said.

The student used an "edged" weapon in the stabbing, Smith said, but the chief declined to call the weapon a knife.

The officer shot the student once. The officer called for help at 9:12 a.m. and first responders arrived at the school two minutes later, said Smith.

The high school, which has over 1,600 students, was evacuated and has been deemed safe, said police.

But the Oshkosh police said its officers are investigating "a comment that was made on social media implying a possible threat" toward another school in the area -- Oshkosh North High School, the department said in a statement.

"A comment was written on the Oshkosh Police Department's Facebook page under the post about the officer involved shooting that occurred at Oshkosh West [High School]," the police department said.

Police said they do not believe students are in further danger and "that this comment was not meant to be a threat against Oshkosh North High school."

In the wake of the officer-involved shooting, classes were canceled for Wednesday throughout the Oshkosh Area School District, said Superintendent Vicki Cartright.

On Monday, about 80 miles away from Oshkosh, a student brought two pellet guns to Waukesha South High School in Waukesha, Wisconsin, according to police.

The 17-year-old boy ignored police commands and pointed a gun at an officer, who then shot the teen three times, twice in the arm and once in the leg, said Waukesha police.