WTVD
ROXBORO, N.C. (WTVD) -- The Roxboro police announced they will hold a meeting Monday to talk about the KKK event that happened on Saturday.

The news conference is scheduled for noon.

On Saturday afternoon, about 20 people displaying KKK flags drove through Roxboro. Police blocked several intersections and the group was out in about five minutes.

Hess noted that while the event was not something they desired, they could not legally prevent it.

In a statement about the news conference, Hess said the police department understands the KKK presence invoked raw emotions. He asked for community to remain calm.

The City of Roxboro ackowledged the group's First Amendment protections but said they would not tolerate any actions against citizens by groups who have a mission of racial, sexual, religious or any other kind of intimidation. 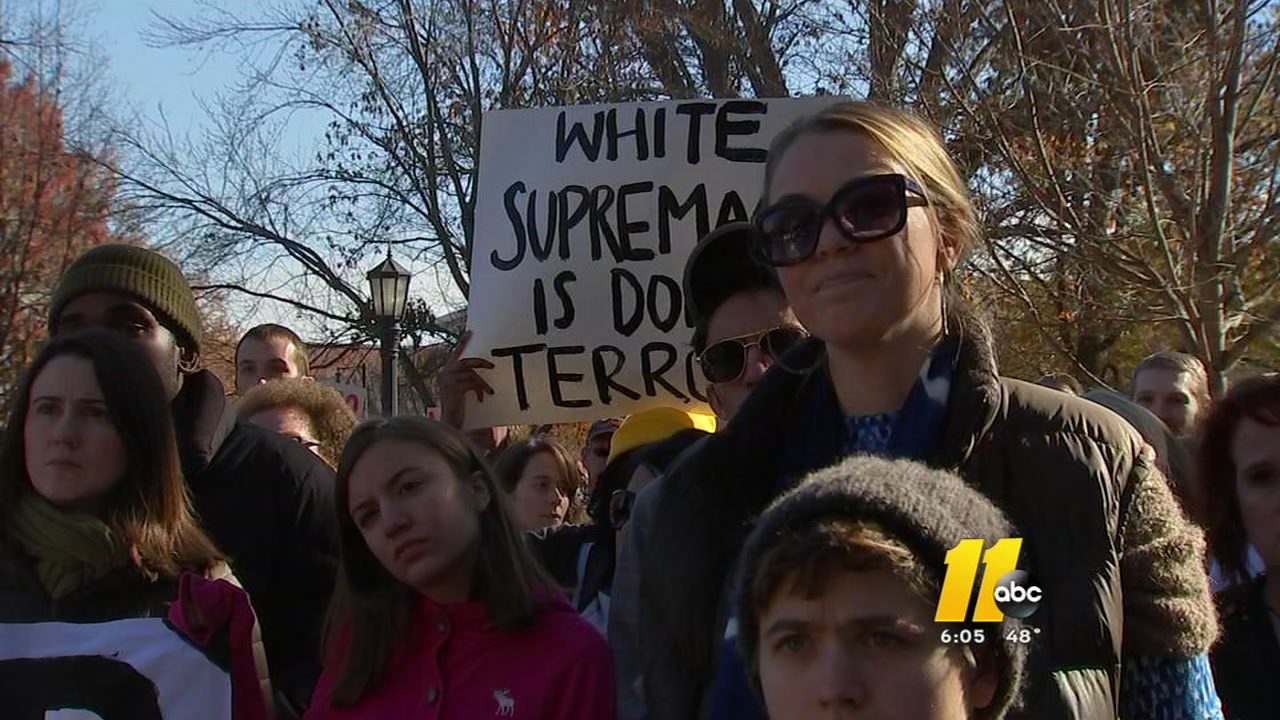 Groups rally in Raleigh against KKK
A large crowd gathered in Raleigh's Moore Square Saturday to voice their opposition to KKK and those who spread hate.