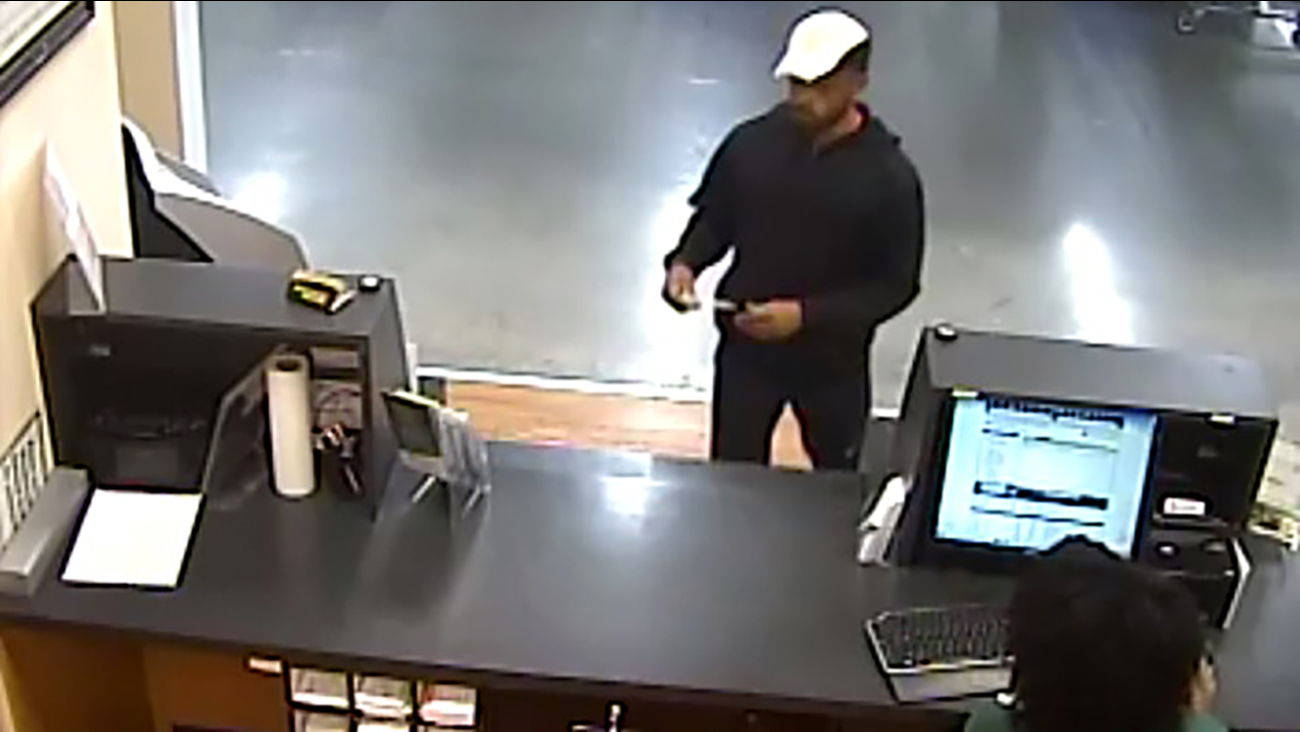 MORRISVILLE, North Carolina (WTVD) -- Morrisville Police are looking for a man who was involved in a bank robbery Wednesday afternoon.

Officers responded to a robbery at Woodforest National Bank, inside the Walmart on Shiloh Glenn Drive in Morrisville at 5:49 p.m.

Officers said a man displayed a note to the teller demanding money. He fled on foot with an undetermined amount of cash.

The suspect was last seen running in the direction of Chapel Hill Road.

The suspect was described as a black man in his early 30s, approximately 6 feet tall.

Anyone with information is asked to call the Morrisville Police Department at (919) 463-1600.