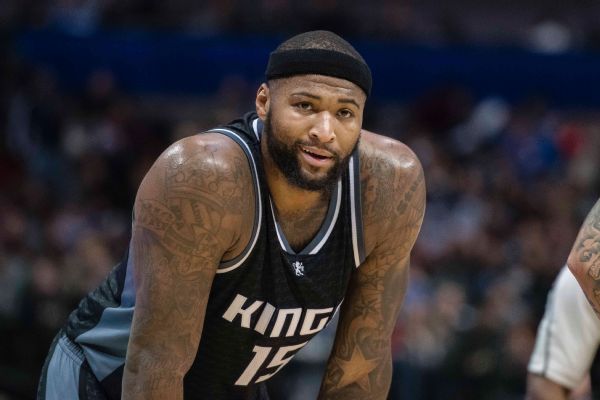 Sacramento Kingscenter DeMarcus Cousins was automatically ejected late in the Kings' 126-121 win against thePortland Trail Blazerson Tuesday night when he picked up a second technical foulafter he appeared to spit his mouthguard at the Portland bench.

However, in an unusual turn, officials rescinded the technical, and Cousins re-entered the game.

Cousins, 26, was fouled byMason Plumleeas he scored with 35 seconds left to put the Kings up 121-119. He turned and appeared to say something to the Blazers' bench, and his mouthguard flew out of his mouth.

He tore at his jersey and sprinted from the floor to the locker room after receiving his second technical. But the officials met and reversed the call, and Cousins jogged back out, returning to complete a three-point play and put the Kings up 122-119. He finished with a season-high 55 points.

He told CSN California in a fiery on-court postgame interview that his mouthguard came out accidentally, and he called the ejection "ridiculous."

"It's ridiculous," he said. "It's obvious what's being done out here. It's on a nightly basis. I hope the world can see now what's really going on out here 'cause it's getting ridiculous. It's really ridiculous."

Cousins had calmed down by the time he addressed the media in the locker room.

"I don't really know what happened," he said. "I was caught up in the moment of what I was going to tear up in the locker room, and they called me back, they rushed me back. They told me I had to come shoot the free throw. So I tried to refocus and whatever. That was weird. That was the weirdest thing. I've never experienced that before."

Cousins was adamant the mouthguard came out by accident.

"I saw the replay, so I can see why people could be mad, but I was talking to the bench and it came out," he said. "I'd never spit on anyone. I'm not like that."

Referee Brian Forte told a pool reporter that he called the technical foul because he thought Cousins threw his mouthguard into the stands.

"I conferred with my partners, and they confirmed that he did not throw the mouthpiece and that it came out of his mouth and that's how it ended up [under Portland's bench]," Forte said.

Forte said the officials did not consult replay because the incident was not reviewable.

Portland power forward Meyers Leonard, who said he was the one Cousins was speaking to when the mouthguard went flying, said Cousins deserved to be out of the game.

"He's a very skilled player, had a very good game. But his antics are over the top. He's disrespectful, out of line; I mean, the list of words could go on," Leonard said.

Addressing Cousins' assertion that the ejection was "ridiculous," Leonard said: "He did it to himself. And that's the truth."

"From my vantage point, I thought that he taunted our bench and as he was taunting, the mouthpiece flew out," Blazers coach Terry Stotts said. "The referee asked me if it was his mouthpiece and I said that it was. Then he asked me if he threw it, then I said no he didn't, and that's why he came back. Whether it was intentionally spitting it out or not, I don't know the intention."

This is not the first time Cousins has gotten in trouble for an incident involving his mouthguard. In October, he was fined $25,000 and assessed a technical foul for throwing his mouthpiece and entering the stands with 37.2 seconds remaining in the fourth quarter of a Kings win against the Minnesota Timberwolves.

Cousins finished Tuesday's game with 55 points and 13 rebounds in 41 minutes, capping a wild day for him. Just hours before the game, he was fined a reported $50,000 by the Kings for his profanity-laced tirade against a newspaper columnist last week.

Cousins issued an apology for the incident earlier Tuesday but refused to address the matter after the win against the Blazers, simply smiling and giving a thumbs-up when questioned about it.

The two-time All-Star rallied Sacramento in the fourth quarter Tuesday, scoring 17 points, including two huge 3-pointers, to avenge an earlier overtime loss this season in Portland.

"Kind of a crazy game," Kings coach Dave Joerger said. "Certainly Cousins had a nice game. OK, that's an understatement. But I was very impressed. That any of us who would get thrown out in what we think is a questionable deal, then to come back and step out and make the free throw was very impressive."

The win ended Sacramento's seven-game losing streak to the Blazers.

Cousins' ejection gets overturned
After he scores the go-ahead basket in the fourth quarter, DeMarcus Cousins celebrates in front of the Blazers' bench, and his mouthpiece falls out. Cousins is originally assessed a technical foul and ejected, but his ejection is overturned.
Related topics:
sportsespndemarcus cousinssacramento kingsejectionnbaportland trail blazers
Copyright © 2020 ESPN Internet Ventures. All rights reserved.
More Videos
From CNN Newsource affiliates
TOP STORIES 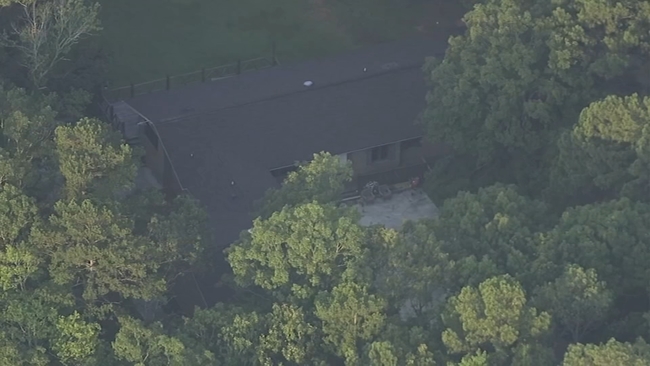