Raleigh's Union Station aims to be more than rail hub 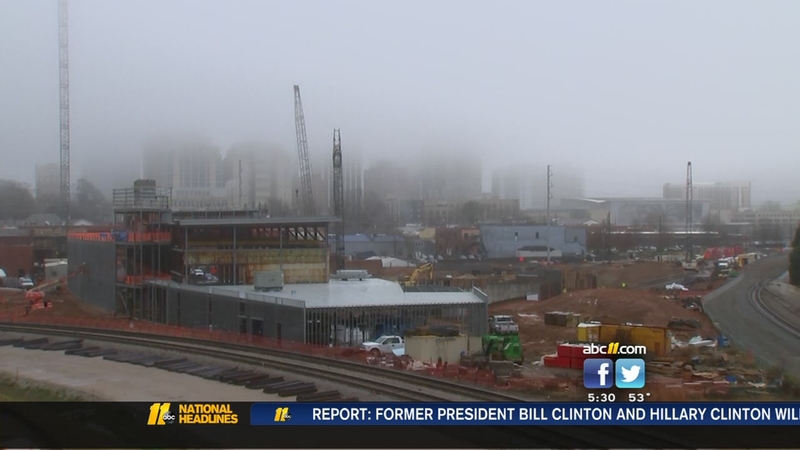 RALEIGH (WTVD) -- On a dreary January day where it's hard to make out the city skyline, you can see clearly the progress being made on Raleigh Union Station.

Now that 2017 is here, the countdown is on to when the major transportation hub in Raleigh's Warehouse District will open.

Richard Kelly, Engineering Services Dir. tells ABC11 the project, which broke ground in May 2015, is about halfway complete. The station is slated to be fully operational by the first quarter of 2018.

"We're almost just out of the ground, getting ready to start putting skin on the building before too long," said Kelly.

The $90 million facility will be the new home for passenger rail services, replacing the gaining Amtrak station on Cabarrus St.

It will also serve as another depot for Go Triangle bus services.

"Much more than a rail hub, this is going to be a community center that I think we all be proud of."

Hayward said the design of the station will create a footprint for future expansion, allowing the enhancement of a rail corridor for the entire southeast region.

"The station is being designed to accommodate that future commuter rail service," she said.

Kelly called the station state of the art, but said it's also a statement of where Raleigh's come from. The interior will showcase original steel framing and a gantry crane, some pieces of history from this section of the City of Oaks.