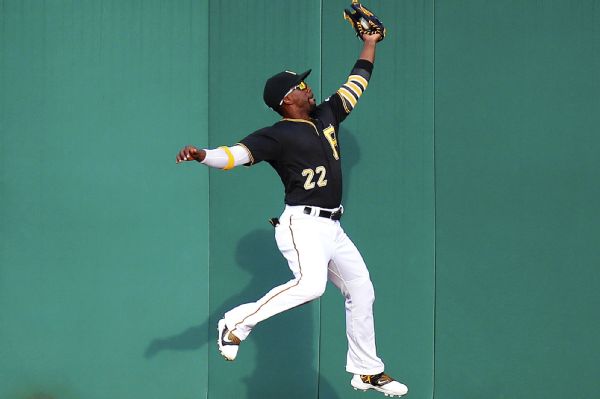 BRADENTON, Fla. -- During his eight seasons with the Pittsburgh Pirates, Andrew McCutchen thought he'd be the one to decide if he needed to move out of center field. But a few weeks ago, when the time arrived to make that move, he learned something shocking:

He didn't have a vote.

When the Pirates abruptly informed him last month that he was going to shift over to right field this season, "it wasn't an ask," McCutchen said Friday morning, on the first day of what could be his last spring training as a Pirate. "It was more of a 'say.' It was 'I have to move there.'"

And that was difficult to accept, the longtime face of the Pirates admitted Friday -- for many reasons.

"That was one of the first times that that was something I wanted to go against," McCutchen said, on the day he attempted to put his tumultuous, trade-rumor-filled offseason behind him. "It wasn't something I was ready for or I wanted to do. But as I keep saying that, I'm talking about myself. So I just had to not be as selfish and just accept that that's what I had to do and move over to right."

In his entire 12-year professional career, McCutchen has played just one game in right field -- for Double-A Altoona in 2006. And that, he conceded, also factored in to his initial resistance to moving.

"I've always been in center," he said. "Since I came up, since my first game here, that's where I've always played."

Even though he plays in an age when it's not unusual for players to change positions, he made no secret of the fact that moving away from thatspot on the field -- and not having a say in it -- was difficult to accept.

After he'd taken the time to process the decision, McCutchen said he came to accept that he couldn't be selfish if the move was going to improve his team. So two weeks ago, he tweeted a photo of former Pirates right-field legend Roberto Clemente -- just to signal that maybe moving to right, for this franchise, wasn't so bad after all.

"Once I got over the fact that I had to move," McCutchen said, "the more I started to look at it and get some positivity out of it. And that's one way to look at it. I'm playing at a position and a spot of a guy that you idolize: Clemente. He set the standard for someone that I would love to be like, even half that guy. So it's an honor to be out there playing that position."

Nevertheless, McCutchen made it clear in a 15-minute conversation with the media Friday morning that, in many ways, changing positions was a more painful part of his offseason than the trade rumors he dealt with in early December.

Asked if he was surprised to still find himself a Pirate on the first day of spring training, he said that if he'd been asked that question right before the winter meetings, he'd have said yes. But "as the offseason progressed, things have died down," he said. "So now I'm just happy to be here."

McCutchen said he wasn't upset that the Pirates' front office never warned him before rumors erupted in December about a potential trade to the Washington Nationals. Asked if he found that disconcerting, he replied, "It's not, because no one [in any front office] talks to their players around that time. That's not their job. Their job is to try and build a team."

He said he had since talked with general manager Neal Huntington and other members of the Pirates' front office, in mid-December, and "they explained how they felt ... and that was that."

McCutchen knows he could still be traded in midseason if the Pirates aren't in contention, but he said he refused to speculate on if he will get to fulfill his dream of spending his whole career as a Pirate.

"I don't think about that," he said. "I'm trying to focus on right now. If I start thinking about everything else, I'm not going to focus on what's in front of me. ... Who knows what's going to happen and transpire? We don't know."

He said he spent the winter trying to wash away the frustration of a disappointing season, in which he hit a career-low .256, with a .336 on-base percentage and .766 OPS. Now he can't wait to get back to playing baseball and proving he's a better player than that.

"Just looking forward to getting out on the field and playing," he said. "Because I'm sure, as you guys know, you're all sick of hearing about it, and I am too, just about everything that's happened. I'm just ready to get my feet out there, ready to show that this is just the beginning of some good stuff."