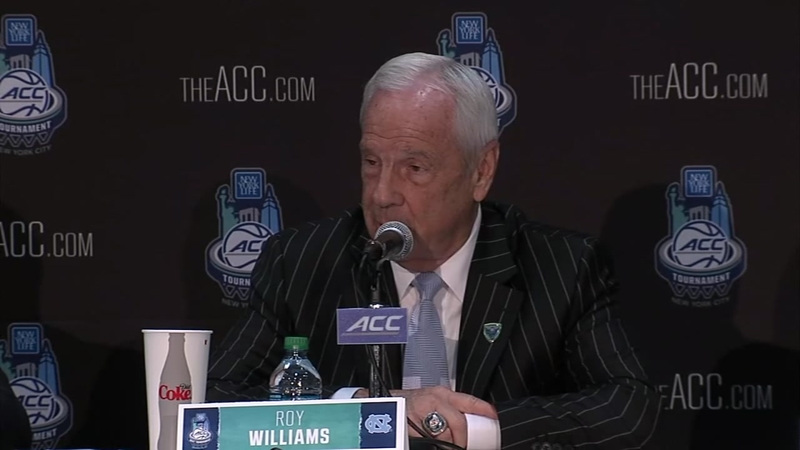 "It used to be much more so (important) than I think it is now. Now everybody's has got social media, and we don't need 'The New York Times' to find out what in the dickens is going on in the country," Williams said.

"You know, our president tweets out more bullshit than anybody I've ever seen. We've got social media," Williams opined after being asked if there were any advantages media-wise or recruiting-wise to have the ACC Tournament in New York.

This is first time the ACC Tournament has been played north of the Mason-Dixon Line.

Since the ACC Tournament started in 1954, it has only been held outside of the state of North Carolina 12 times, with Washington the northernmost site. Greensboro, North Carolina, has been by far the most frequent ACC host and the tournament is scheduled to be back there in 2020 after one more visit to Brooklyn next year.

The Greensboro venue is apparently not a favorite for Syracuse coach Jim Boeheim, who said this week there's "no value" to playing there.

"This is America. Everybody's got the right to their opinion. I don't agree with that. I love moving the tournament around," Williams said in part.

The profanity was unusual for Williams who's so well known for preferring "dadgum," "Jiminy Christmas," and other folksy terms over swear words in his news conferences that he's a social media favorite as much for his vocabulary as his winning ways on a basketball court.


The Associated Press contributed to this report