As NC rivers rise, so does danger, experts warn

WTVD
The threat of flooding continues as more rain is forecast to fall heading into the weekend.

At least 11 swift water rescues have been reported across the viewing area since last Tuesday, including four in Wake County, four in Nash County and three in Harnett County.

Clayton firefighters had to pull a German shepherd out of the Neuse River on Monday evening after it became swept up in a current and trapped down an embankment.

"You could tell he was worn out from struggling to get out of the vines," said engineer Bryan Belvin. "He was a little stressed out, shaking and shivering a lot, but he seemed to be OK."

In Wake County, two kayakers were rescued from the Neuse River on Tuesday.

A mother and her son were also rescued Tuesday in Harnett County after the boy slipped and fell into the Cape Fear River while fishing.

Dean trains emergency crews in swift water rescues. He said the dangers are often hidden in rising water, masking trees, rocks and other debris rushing downstream and creating a potentially deadly situation for people who do not heed the warning.

The Neuse River is expected to crest at about 11 feet Saturday afternoon and stay above flood stage through Monday.

Emergency workers are asking people to stay out of the water until it recedes.

"Most of the time it's very leisurable, very beatable, but during heavy rains and flooding it can be very misleading," Dean said. 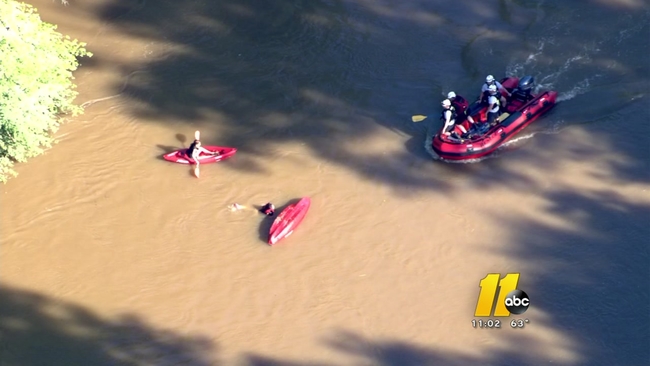 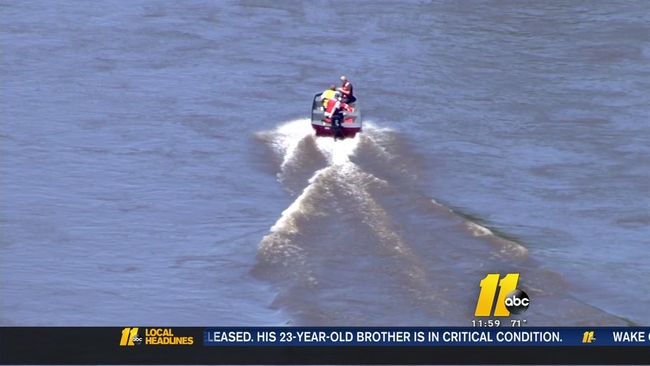