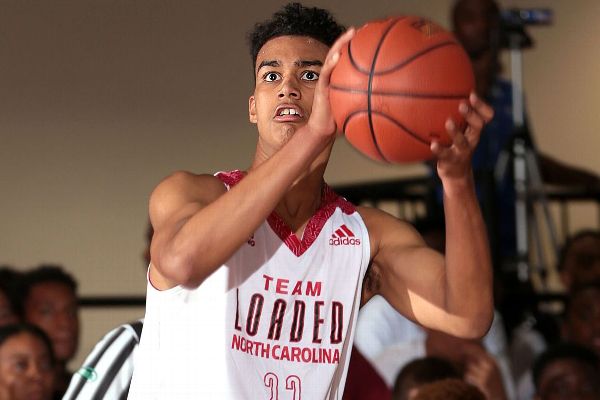 Less than one week after Duke extended a scholarship offer, ESPN 100 senior Jordan Tucker announced his commitment to the Blue Devils on Saturday.

Duke had been involved with Tucker for most of his recruitment, but didn't offer him until last Sunday -- one day after the Blue Devils missed out on five-star forward Kevin Knox, who surprisingly committed to Kentucky. Before Duke offered, Syracuse was the leader for Tucker, but the Blue Devils moved quickly and got Tucker on campus for an official visit Wednesday.

He chose Duke over Syracuse, although Georgia Tech, Oregon, Villanova and Indiana were involved at various points in Tucker's recruitment.

Tucker, a 6-foot-7 forward from New York who moved to Wheeler High School (Georgia) for his senior season, is ranked No. 40 in the ESPN 100. He's one of the best 3-point shooters in the class, and will immediately find minutes on the wing for Duke.

Krzyzewski lost Luke Kennard, Jayson Tatum, Frank Jackson and Harry Giles early to the NBA, while Matt Jones and Amile Jefferson were seniors. Chase Jeter and Sean Obitransferred since the end of the season. As a result, Duke brings back just one player -- Grayson Allen -- who played more than eight minutes per game.