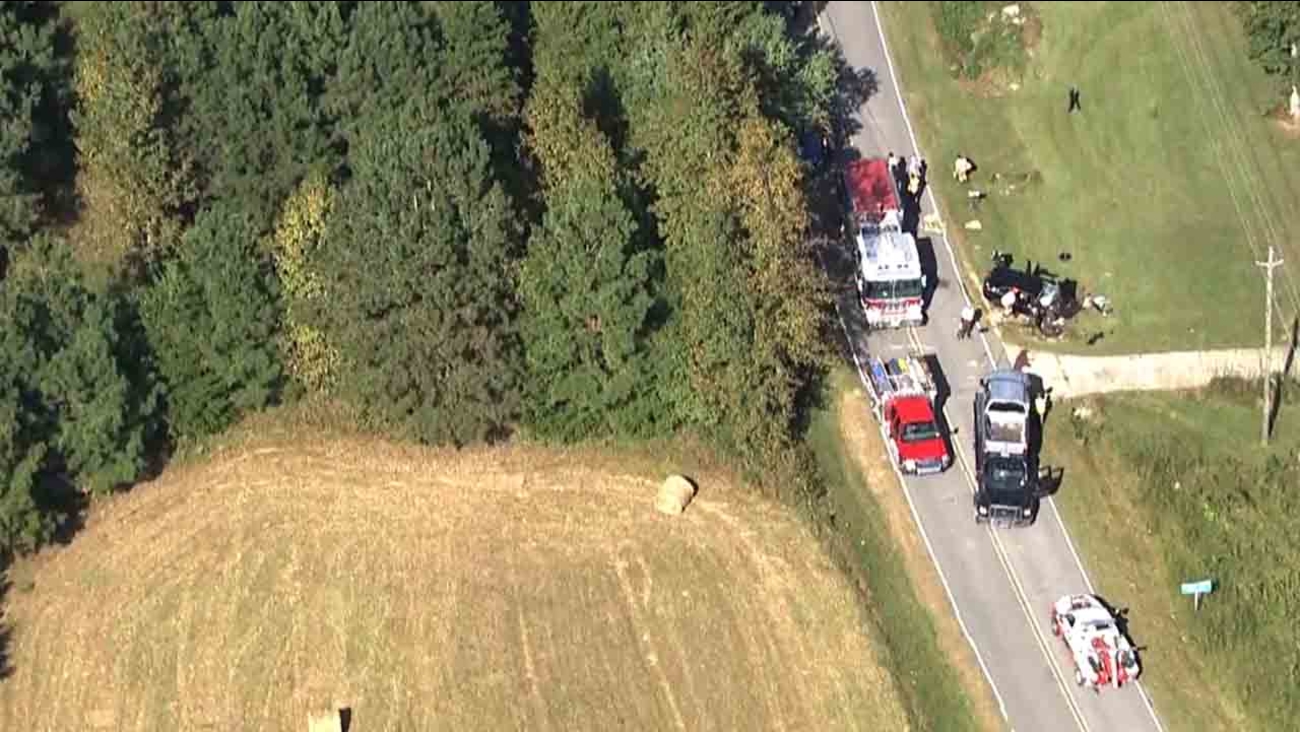 ABC11 Chopper HD over the scene of the crash

JOHNSTON COUNTY (WTVD) -- The NC State Highway Patrol is investigating after a crash sent two teens to the hospital.

According to authorities, the incident happened Monday afternoon in the 1100 block of Castleberry Road.

Officials said a black Mazda, which was speeding, tried to pass a moped. In doing so, the driver sideswiped a school bus that was traveling in the opposite direction, skidded sideways, and then hit a pickup head-on.

Reports said that the 19-year-old driver was not wearing a seatbelt but his 19-year-old female passenger was.

Fire crews said they were pinned in the vehicle and had to be cut out.

They were rushed to WakeMed and are listed in serious condition.

The drivers of the moped, bus, and pickup were unharmed.