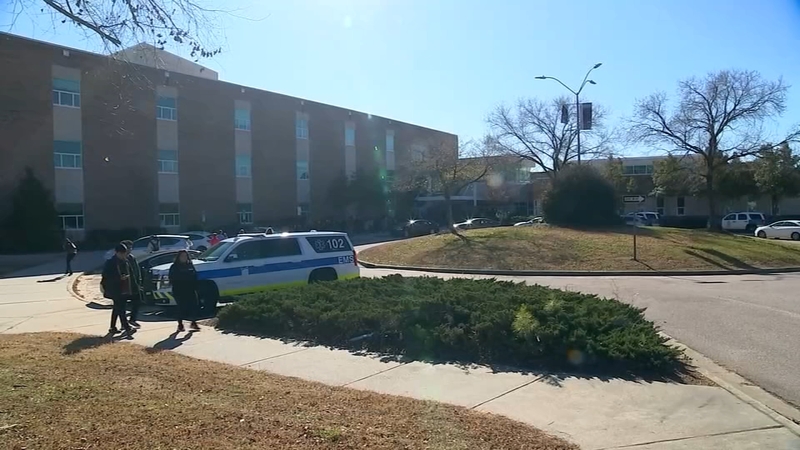 Officials did not disclose any other information about the students.

On Dec. 5, Wakefield High, Wakefield Middle and Wakefield Elementary school went on lockdown around 10:30 a.m. after someone called 911 to say that they had heard shots fired near the schools.

In the 911 recording, the caller told the dispatcher there was a shooting by the football field.

He said he was heading inside and added that: "I think some dude is laying on the ground, he's not moving."

Later, the caller said someone was "sitting" on the ground. And asked whether that person was injured, he replied, "they're not moving."

Raleigh Police Department investigated the report but found no evidence that shots were fired on campus or anywhere nearby.

Listen to the 911 call that prompted a Code Red lockdown at Wakefield Schools: