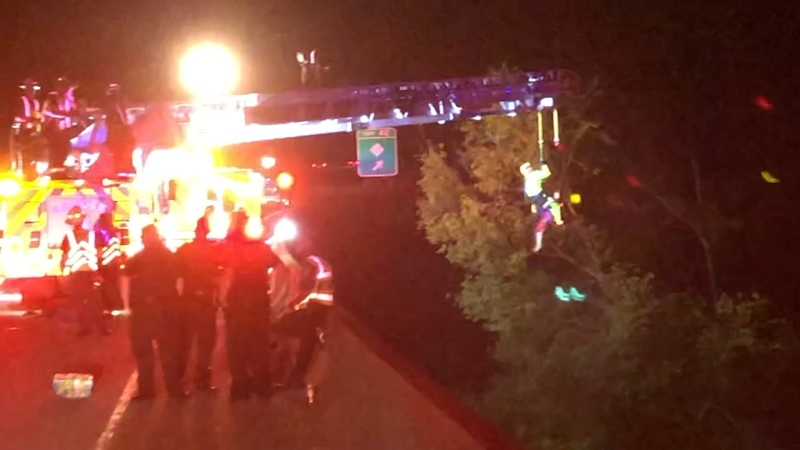 HICKORY, N.C. (WTVD) -- Two women and three children were rescued after they were trapped on the Henry Fork River late Sunday night.

First responders told ABC-affiliate WSOC that a mother, another woman and three children between the ages of 9 and 13 were tubing along the river when they were trapped. Emergency crews went to the scene just before midnight.

One of the women was able to climb to safety and called for help from a nearby Bojangles restaurant.

WSOC said firefighters used a ladder truck to lower rescuers 60 feet to pull up the children and other woman.