How Democrats, Republicans are battling for control of state House, Senate 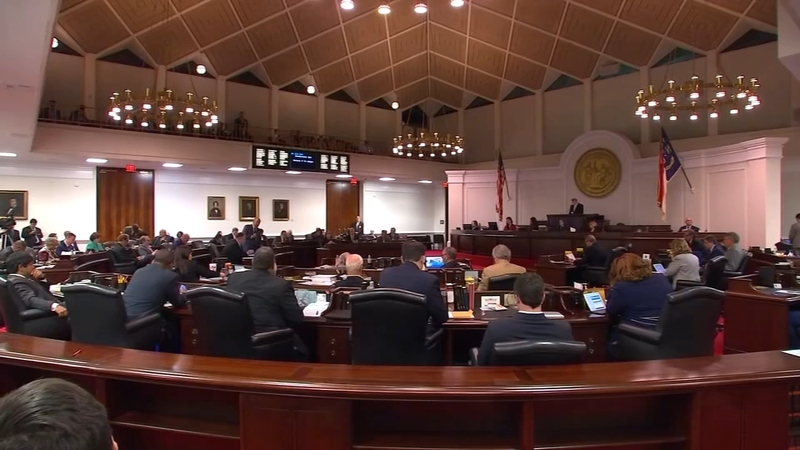 Democrats, Republicans battle for control of state House and Senate

"In 2018, (Democrats) got the easier districts. You saw in Wake County, for example, in Mecklenburg County, Democrats did very well. So, now they're left with races (that) are more competitive but still don't favor Democratic candidates. They'll pick up a few (seats) I think in each chamber. I'd say the likelihood of them (winning) the Senate, which is more likely than the House, is maybe 50/50," said Meredith College political science professor David McLennan.

Democratic advantages in urban strongholds such as the Triangle, Mecklenburg, and Greensboro make a big impact in statewide races; however, Republicans have long dominated rural counties, giving them an edge in local races.

"(Democrats have) got to go to what are called outer-ring counties. These are areas that are relatively close to metropolitan areas but are not considered to be suburban counties," said McLennan, who used Granville, Cabarrus, and Union counties as examples.

The pandemic has altered both parties' ability to campaign, though NCGOP spokesman Tim Wigginton pointed to years-long ground-game efforts making an impact.

"After 2016, the NCGOP, the RNC, the Trump campaign, they didn't leave. We stayed on the ground. We were still registering voters. And you're starting to see the results of that now. There's (108,000) more registered Republican voters now than there was in 2016," Wigginton said. "A large part of that is because we didn't stop registering people, we didn't stop engaging. So now, we've increased our voter pool and we're now turning them out to vote."

"You see Republicans are out there engaging voters right now and that's going to help push out Republican turnout, which is good for everybody down the ballot," Wigginton said. "But also our statehouse candidates, we have a good mail program. We have good door-knocking programs, micro-targeting programs. As we increase turnout, we're able to talk to go (out) in the local level and talk to people face-to-face, to make up for any lack of visibility they may have."

"I don't think Trump having these rallies are doing anything more than speaking to a sphere of folks who are already voting for him. He's not making his case to anybody new," Goodwin said.

Goodwin, who himself is on the ballot (running for insurance commissioner) said he believes Democrats have effectively unified behind several issues, making it easier for voters to support down-ballot candidates that they may not be familiar with.

North Carolina, a swing state with several high-profile races, has attracted a number of outside advocacy groups to help supplement the parties' efforts.

"They have limited resources and they have to spread the resources out to the presidential candidates, gubernatorial candidates, the Senate candidates, even the judicial candidates. The State Supreme Court is an important seat that the parties are contesting. But there are third-party groups that have gotten really involved in legislative races," McLennan said.