Dwight Howard wants to connect with Cam Newton, is excited to play for Steve Clifford 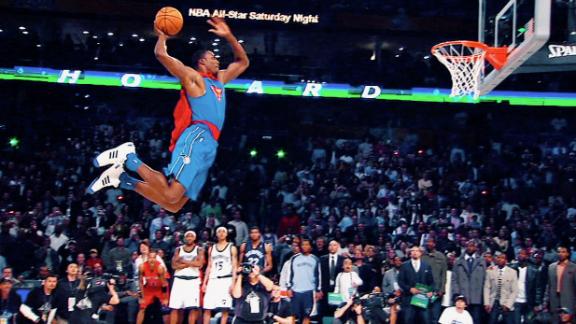 Dwight Howard said Monday that he's excited that his arrival in Charlotte means two big-name athletes nicknamed Superman will be in the city. He joins former NFL MVP quarterback Cam Newton of the Carolina Panthers, who shares the moniker.

Howard, introduced by the Charlotte Hornets on Monday after he was traded to the team last week, said that he and Newton have met a couple of times but that he looks forward to getting to know him better.

"Listen, me and Cam are from the same place in Atlanta," he said. "I've watched him do a lot of great things here in this city."

"But I really would just love to connect with him. I know he does a lot in the community here," he said.

Howard said he and Newton share the "same attitude."

Howard also said he's excited to bereunited with coach Steve Clifford. They worked together for seven seasons in Orlando and Los Angeles, and the 6-foot-11 three-time Defensive Player of the Year loves Clifford's defense-first mentality. He's also confident Clifford will put him in the right situations to succeed on offense.

"He understands me," Howard said. "... He was always there for me, and not once did he turn his back on me or talk bad about me. He was very positive, and he was somebody that I have always trusted in."

Others, however, have said things about Howard that weren't true, he said. One of the lessons he has learned in his 13 seasons in the league is that he needs to speak up to defend himself, he said Monday.

"Over the years a lot of things have been said, and I've not said anything back," Howard said. "Somehow things that weren't true kept getting stirred up, and that gave a lot of people wrong opinions about who I was as a person. I should be the one speaking up for myself instead of allowing other people to do that."

Wearing a teal suit with black trim, a smiling Howard insisted Monday he can return to being a dominant center with the Hornets.

"A lot of people have written me off, which is great because it's going to make me work even harder," Howard said. "I'm just looking forward to this opportunity because I have a lot left in the tank."